Imagine a young Leonardo da Vinci hanging out with a young Mona Lisa, and you’ve got the basis for this new movie opening in limited US theaters on August 2nd.

Receiving the all ages approval by The Dove Foundation, this movie is sure to appeal to families with kids.

Fun and Giveaway time? You bet!

We have it all for you and you will not want to miss it because it is full of adventure!

We have partnered up with some amazing bloggers to bring you the opportunity to win tickets to see this movie yourself. 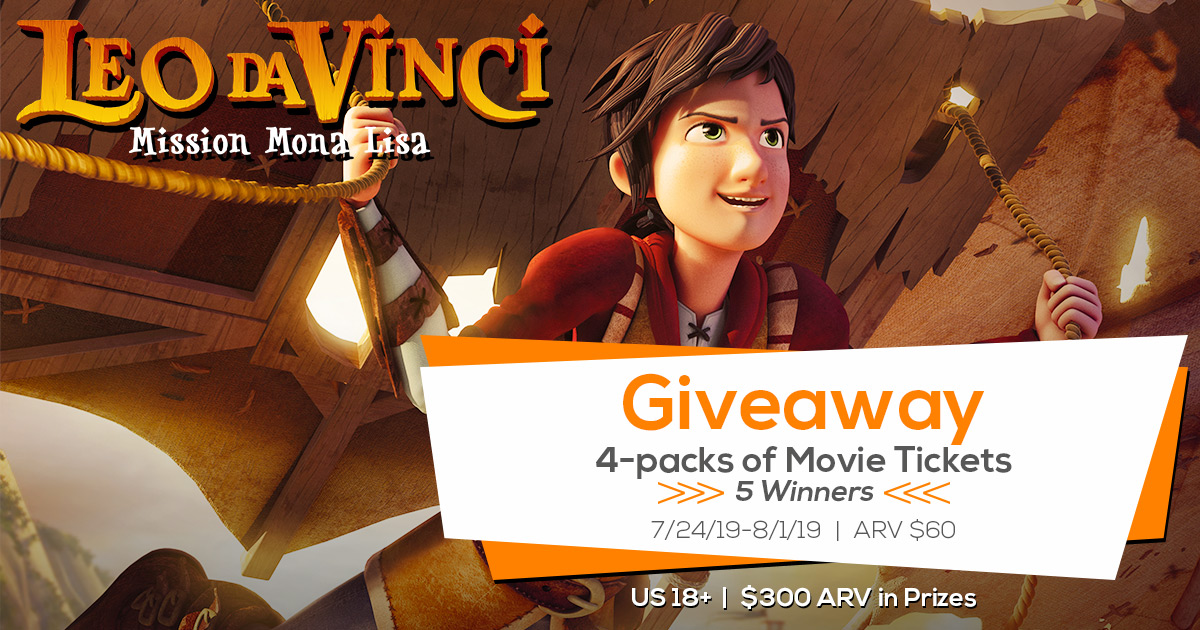 Life is idyllic in the quiet town of Vinci.

The young genius inventor, Leo Da Vinci (voice of Johnny Yong Bosch), is constantly tinkering and testing his inventions while his best friends Lorenzo (voice of Bryce Papenbrook) and Lisa (voice of Cherami Leigh) help -but keep a healthy sense of humor as he shoots for the impossible.

On their return from an outing to a nearby lake, the trio has a shocking surprise: Lisa’s family home has mysteriously burst into flames.

To make matters worse, the odious landlord is demanding that her father repay his debts in full or agree to have Lisa marry his despicable son.

Leo has to catch his breath -he can’t lose Lisa, especially not like this.

Determined to raise the money Lisa needs, Leo takes his paintings and heads with Lorenzo and Lisa to the nearest big city, Florence, to either sell them or try to get work from a local master.

In the town center, they happen upon a mysterious storyteller who not only tells a tale of hidden treasure but has a one-of-a-kind treasure map that he is willing to sell.

Could this be the solution to Lisa’s troubles?

Soon our young heroes realize that they are not the only ones on this quest, since a group of sinister pirates follows their every move with the intent of stealing the treasure for themselves.

Does the treasure exist?

Will they be able to evade the pirates?

The Movie is Showing in the Following Theaters:

Now for the Giveaway!!!

Five (5) winners will receive a 4-pack of tickets to see the movie at one of the select theaters closest to the winner.


Disclosure: Bloggin’ Mamas received a screening link and compensation for managing this campaign.

Bloggers were not compensated beyond screening the movie before it opened.

Prize sponsor is responsible for prize fulfillment and shipment. 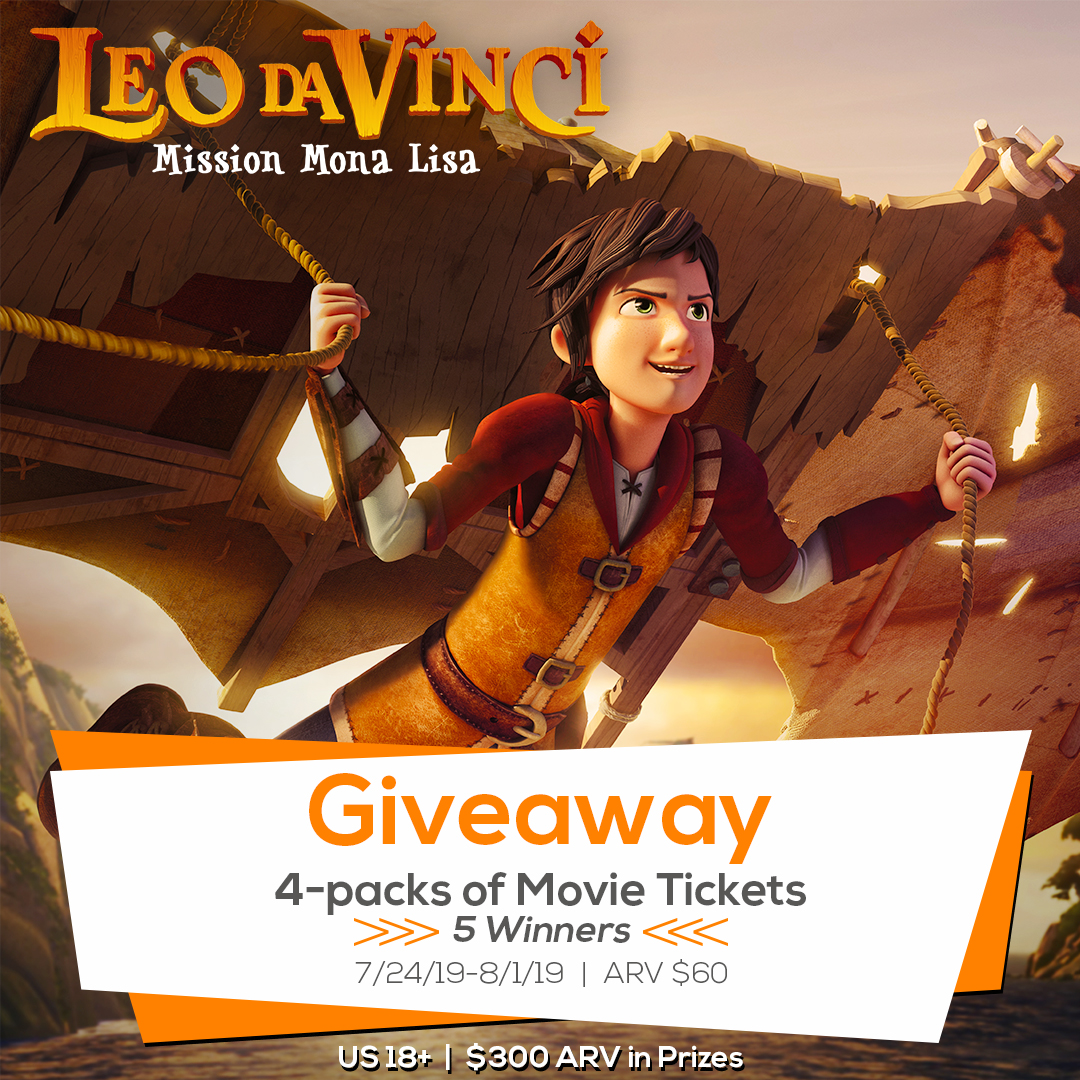