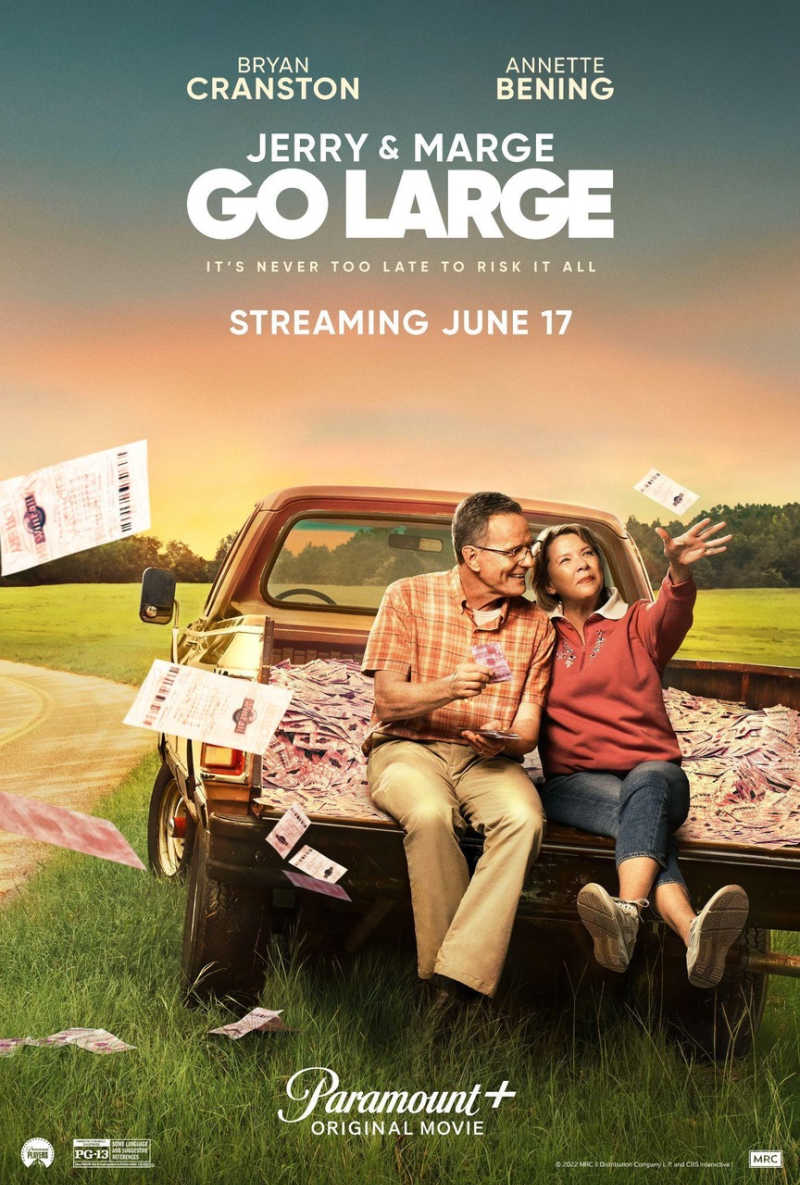 Get ready for an inspirational, heart-warming and humorous movie, when Jerry and Marge Go Large arrives on Paramount+.

This is a Paramount+ original, so you will want to stream it from them beginning June 17th.

We’ve all got stress and serious issues to deal with on a daily basis, so a film about people trying to make positive change is a perfect escape.

Like many of us, I first became familiar with Bryan Cranston through his role as Hal Wilkerson on Malcolm in the Middle.

He has since demonstrated that his acting skills are versatile, so he shines as a wide variety of characters.

Annette Bening has been wowing us with her performances for decades, so was a perfect choice for the co-star of this film.

Be sure to check it out on Paramount+!

It’s Never Too Late To Risk It All

The film is inspired by the remarkable true story of retiree Jerry Selbee.

He discovers a mathematical loophole in the Massachusetts lottery and, with the help of his wife, Marge , wins millions.

They then use the money to revive their small Michigan town.

This is a sponsored post on behalf of Review Wire Media for Paramount+.