Have you heard about Coco? You’ll be hearing a whole lot more about this upcoming movie from Disney and Pixar as we get closer to it’s theatrical debut in November. Like other Disney Pixar films, there will be music, laughter and heart warming moments.

The movie features an all Latino voice cast with some familiar actors and some newcomers. It looks like it’ll be entertaining and kids will learn a bit about Mexican culture and the Land of The Dead.

Here is the brand new video trailer that was just released:

Synopsis: “Despite his family’s baffling generations-old ban on music, Miguel dreams of becoming an accomplished musician like his idol, Ernesto de la Cruz. Desperate to prove his talent, Miguel finds himself magically transported to the stunning and colorful Land of the Dead following a mysterious chain of events. Along the way, he meets charming trickster Hector, and together, they set off on an extraordinary journey to unlock the real story behind Miguel’s family history.” 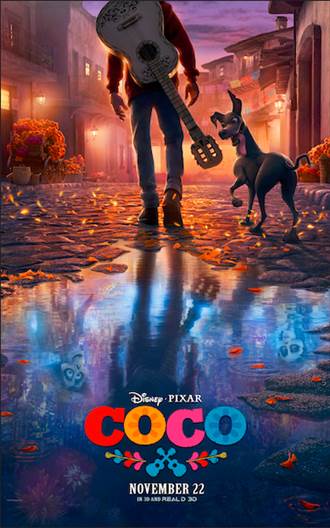