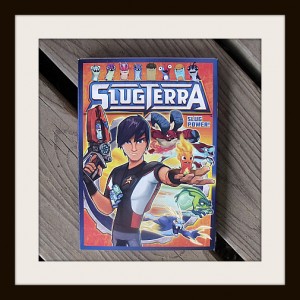 SlugTerra!!!!! My guys are beyond the cartoon stage, but several years ago I know they would have loved SlugTerra. I’m sure they would have had the stats and trivia about each character memorized so that they could discuss them at length. The animated sci-fi series airs on Disney XD and several DVDs have been released. […]