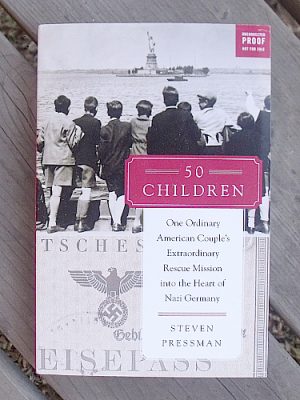 Millions of people died in the Holocaust. Millions. Thanks to an American couple, Gilbert and Eleanor Kraus, 50 children lived. On the surface, they may have appeared to be unlikely heroes. Mr. Kraus was a successful attorney and the couple was living a privileged life. When they learned what was happening in Germany in Nazi-occupied […]