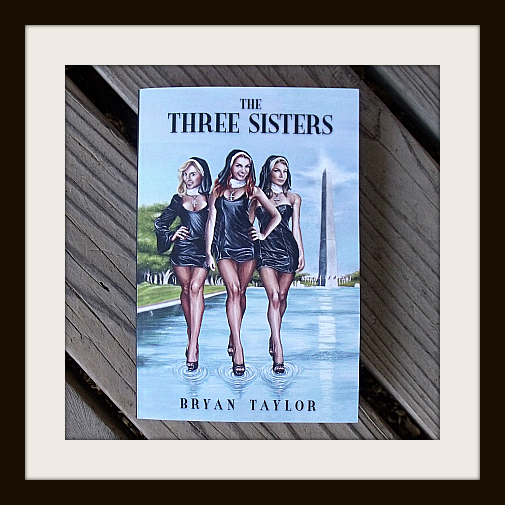 To celebrate the release of the book, The Three Sisters, I asked each of the three sisters to tell me what were their three favorite movies with nuns in them were, and then which movie they jointly chose as their favorite “nun” movie of all time.

Regina Grant: Since I like classic Hollywood films, I chose The Singing Nun (1966), Come to the Stable (1949), and Heaven Knows Mr. Allison (1957).  The Singing Nun is my favorite of the three.  It’s lots of fun in a mindless way, and Debbie Reynolds as engaging as ever.  You can’t help but like the movie, even if it is pure fiction. The nun it was based upon, Soeur Sourire, committed suicide 20 years after the film was made, after a life of financial difficulties. Come to the Stable was written by Clare Booth Luce who also wrote The Women.  It’s an engaging film in which some irreligious people help the sisters build a children’s hospital showing the spiritual and secular can work together. Heaven Knows Mr. Allison is set during World War II on an island in the Pacific, and is about a castaway marine who falls for a stranded nun. They work together to avoid the Japanese when they arrive on the island.  It is quite an engaging drama.

Theodora Suora: I prefer the more intellectually challenging films, so I chose Doubt (2008), Black Narcissus (1947) and Dead Man Walking (1995).  Doubt is my favorite of the three.  The first time you see it, you are inclined to view it from Sister Aloysius Beauvier’s point of view, but if you watch it from Father Brendan Flynn’s point of view, you’ll see his view makes just as much sense as hers, whence the doubt. Black Narcissus is about a community of nuns who try to establish a civilized community in the Himalayas in the former bordello of a Rajah. It is wonderfully photographed and each of the characters is finely drawn. Dead Man Walking takes on the difficult subject of the death penalty and handles it with poignancy. Both Susan Sarandon and Sean Penn give wonderful performances.

Coito Gott: Since Theodora always tells me what a rebel I am, I didn’t want to disappoint her, and I chose Viridiana (1961), La Religieuse (1966) and Lilies of the Field (1963).  Viridiana is Bunuel’s take on what happens when an idealistic nuns meets the real world.  With some interesting twists and turns, she ends up helping the poor in ways she never would have if she had stayed in the convent. La Religieuse is based upon Diderot’s novel, perhaps a bit modernized, perhaps a bit slow, but nicely done. Anna Karina is wonderful as always.  Lilies of the Field is fun as you watch the sisters manipulate Sidney Poitier to get him to help them build a new chapel. After all, nuns are irresistible, aren’t they?

And which movie did we all choose as the best movie about nuns?  The Trouble With Angels, of course.  There is a certain charm to this movie that make it difficult to resist despite its silliness. It’s based upon the novel, Life with Mother Superior by Jane Trahey, and has enough rebellion and antics in it to keep you entertained. We’re sure anyone who went through Catholic School could identify with the two “angels” in the film.  The sequel, Where Angels Go, Trouble Follows is fun, but doesn’t work as well.  You can tell it was more of a creation of Hollywood to profit from the popularity of the first movie, but it is an interesting reflection of its time.

Of course, there are many others that didn’t make our list, but deserve an honorable mention. We decided not to include any nunsploitation films or movies that are only tangentially related to nuns.  The ones that didn’t quite make our list included Sister Act (more Whoopi Goldberg than nuns), The Bells of St. Mary’s (too saccharine), The Sound of Music (more about Nazis than nuns), Change of Habit (Elvis meets Mary Tyler Moore), The Nun’s Story (Audrey Hepburn is enjoyable, but the movie is slow), Agnes of God (good cast, too somber), Nasty Habits (Nuns meet Watergate, but lousy), The White Sister (entertaining but silent), The Devils (Ken Russell meets nuns), and of course, The Flying Nun TV Show (not a movie).

The one book which would make a really, really fabulous movie someday would be The Three Sisters, but if you can’t wait for the movie to come out, be sure and read the book.