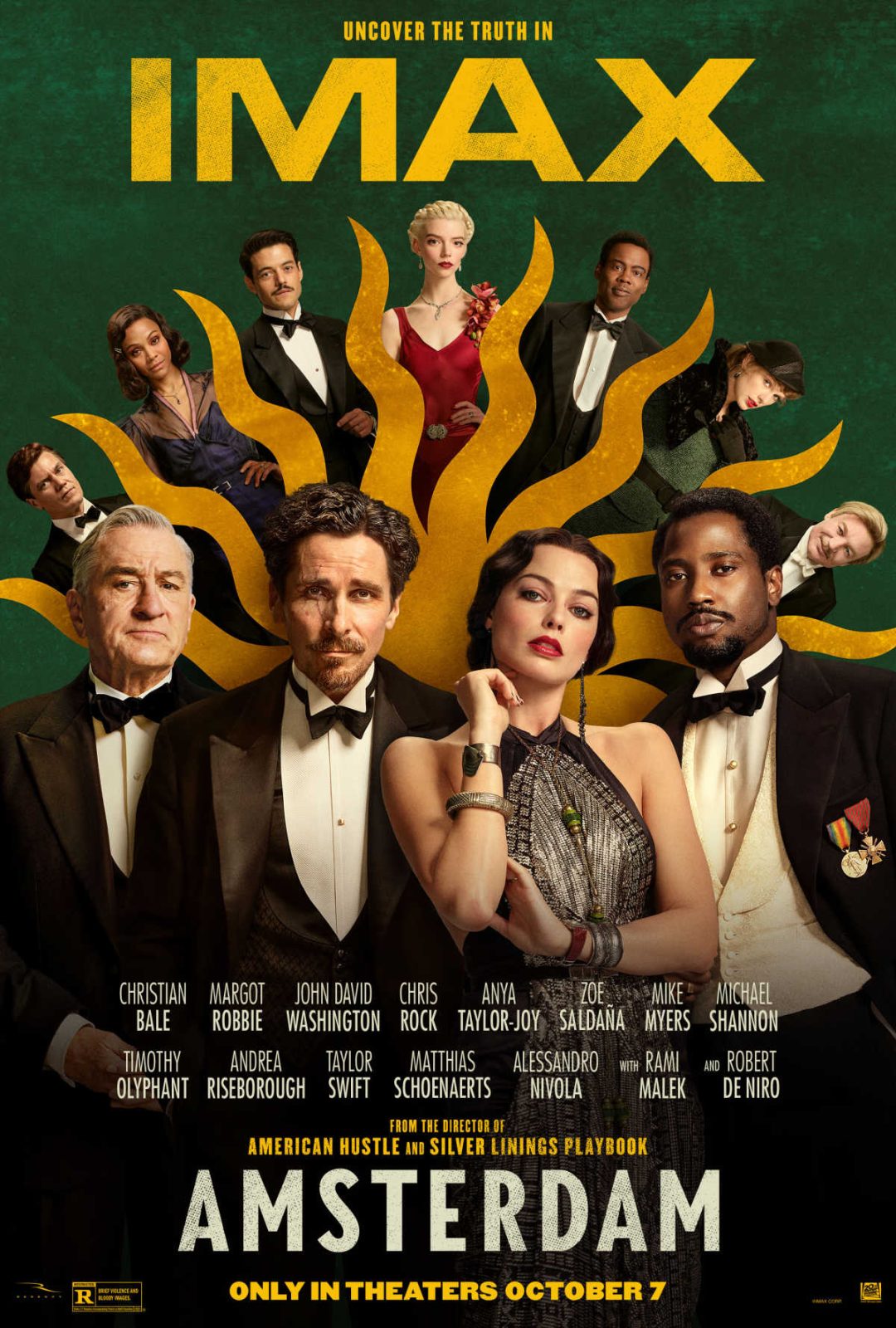 The cast of Amsterdam is filled with talented actors, so you will surely recognize their faces and voices in the film.

Other movies may have one or two big name stars, but this one has many.

Some will be recognized instantly, while others may take a moment as the movie is set in the 1930’s with the makeup and fashion of the day.

The film is a crime epic about three close friends who find themselves at the center of one of the most shocking secret plots in American history.

Based on facts that meet fiction.

Take a look at my  entertainment articles, so you can keep up with the latest TV, movie and book news.