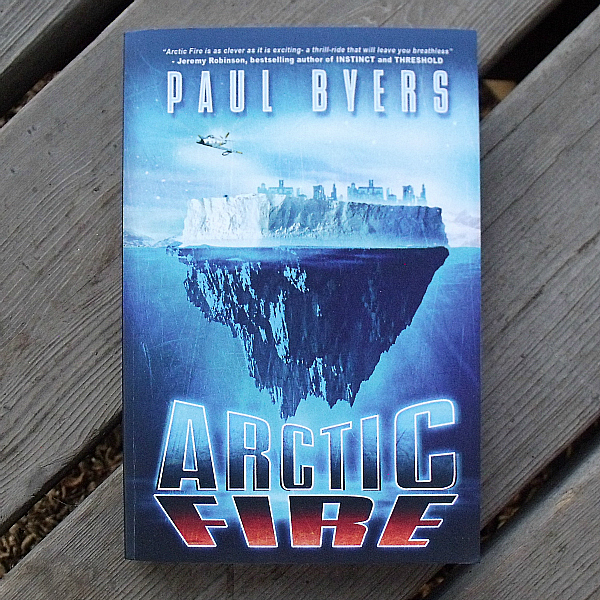 This book is just as entertaining as I thought it would be after seeing the image on the cover. The novel is an action adventure with disaster looming and a thriller with unexpected twists and turns. Fans of both genres will enjoy Arctic Fire. Paul Byers’ previous novels, Shattered Sky and Catalyst, look like they are similar as well.

Arctic Fire is a page turner that feels almost as if I’m watching a movie on the edge of my seat instead of reading a book. The descriptions are vivid and realistic even thought I know there is not an iceberg in the middle of New York Harbor. The author really brings the story to life and keeps the reader guessing what will happen next.

Description: “Wealthy entrepreneur Nigel Cain has devised an efficient new way to bring the earth’s most precious resource to the masses – clean water – by transporting massive man-made icebergs from the frigid arctic and delivering them literally to the doorsteps of millions. Gabriel Pike works at a small engineering firm that has been awarded the task of giving the final safety approval to pilot the first gigantic block of ice into New York harbor. A consummate showman, Cain has built a fabulous 5-Star hotel and casino high atop the iceberg so his celebrity guests and media elite can cover this spectacle from beginning to end. Pike is whisked away from his work-a-day world and dropped into the lap of luxury where he’s expected to simply rubber-stamp his inspection.”