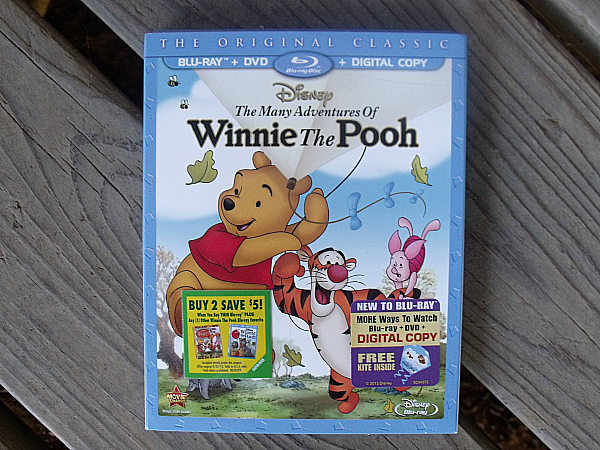 Winnie the Pooh was always my favorite. The A.A. Milne books and animated Disney features that are included in The Many Adventures of Winnie The Pooh were what started my early love of this sweet and cuddly bear. I read the books so many times that I memorized them and I still have my first stuffed Pooh Bear that a friend bought me at Disneyland.

The Many Adventures of Winnie the Pooh still has the same magic I felt several decades ago, but it’s been enhanced with the bells and whistles of modern technology. The sound and picture quality is amazing. The blu-ray has plenty of interactive features and new mini-shorts. We also get a behind the scenes tour and fun historical facts. Carly Simon even entertains us with a performance of The Winnie The Pooh Theme Song.

The Many Adventures of Winnie the Pooh

Synopsis: “Experience the very first time Tigger “pounces” Pooh; laugh out loud when Pooh’s rumbly tumbly gets him stuck in a hilariously sticky situation… All your favorite Hundred Acre Wood characters come alive in this timeless motion picture overflowing with rich animation, masterful storytelling and unforgettable songs. Stuffed with extraordinary bonus features including the beloved theatrical short film “A Day For Eeyore,” five “Mini Adventures Of Winnie The Pooh” shorts, Disney’s groundbreaking “Intermission” activity and much more, The Many Adventures Of Winnie The Pooh: The Original Classic will make fans of all ages shout “Hip Hip Pooh-Ray!””