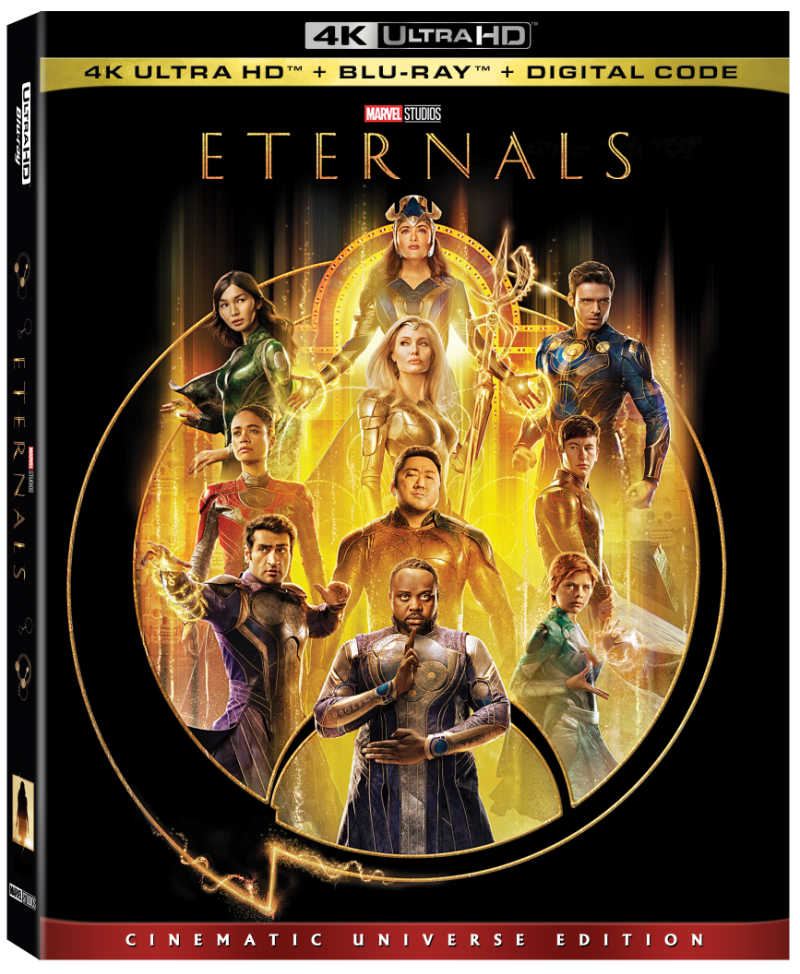 Now You Can Watch Eternals at Home

Escape to the Marvel Cinematic Universe, when you watch Eternals at home on 4k, blu-ray, DVD or your favorite digital streaming platform.

We’ve always enjoyed watching movies at home, so are happy to now have this epic superhero movie in our collection.

I won’t give away any spoilers here for those who haven’t seen the film yet, but it is a movie that Marvel fans will want to own and watch more than once.

The star studded cast is diverse and includes many familiar faces that kids and adults will recognize.

There is plenty of action, of course, and the well-developed story has heart.

It is visually stunning from the costumes to the sets and beautiful outdoor settings, so it is easy to be transported into this fantasy world.

The movie is rated PG-13 and is similar to other films based on Marvel comics.

My kids are older now, but would have been fine with it when they were younger.  Naturally, you know your family best.

Eternals is now available on Digital and will be released on 4K, Blu-ray and DVD February 15.

Marvel Studios’ Eternals follows a group of ancient heroes from beyond the stars who had protected Earth since the dawn of man.

When monstrous creatures called Deviants, long thought lost to history, mysteriously return, the Eternals are forced to reunite in order to defend humanity once again.