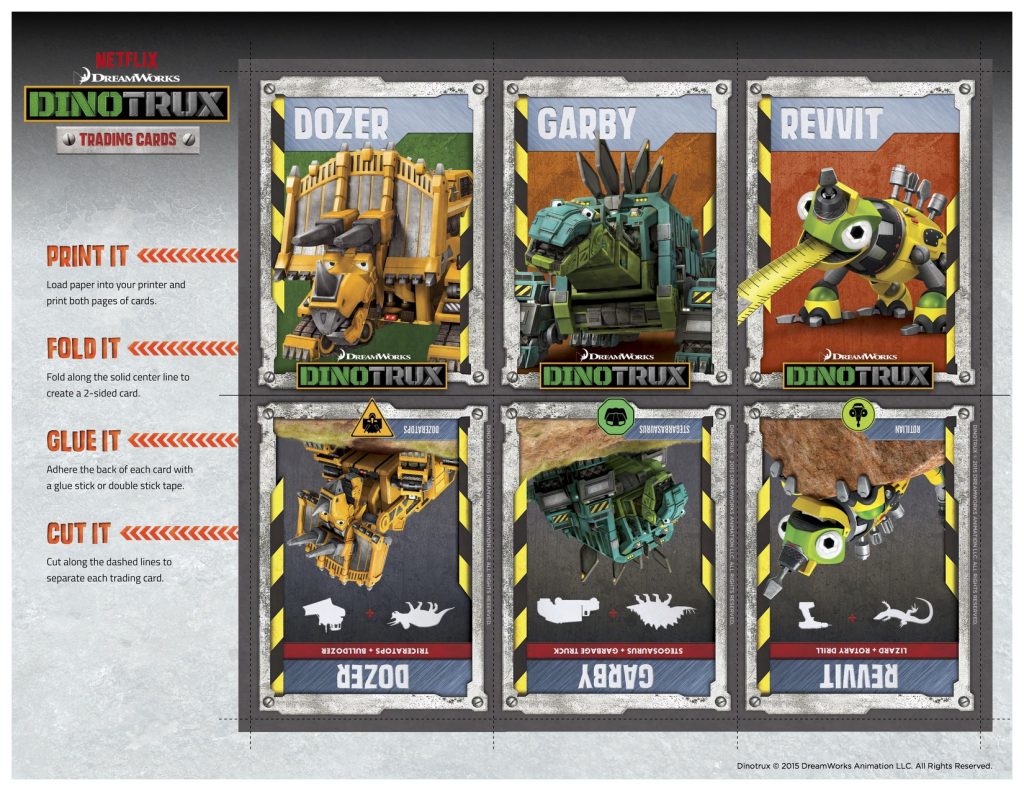 Dinotrux is a Dreamworks original animated series that just made it’s debut on Netflix a few days ago. It looks like it’s going to be a lot of fun for kids.

These trading cards feature Revvit, Garby and Dozer. You can help your children print, fold, cut and glue the cards.