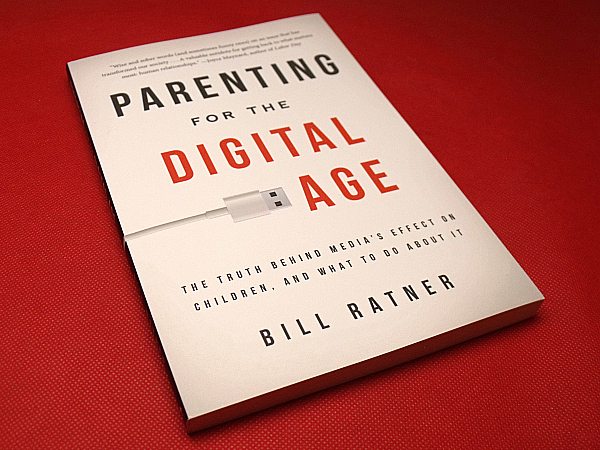 Parenting today is different than it was a generation ago. Basic principles remain the same, but the fact remains that kids today face a whole new influx of advertising and marketing that is aimed directly at them. As parents, it’s our job to help our children learn how to navigate the complex world in which we live.

Parenting for The Digital Age is written by Bill Ratner, a seemingly unlikely proponent for limiting screen time. You may not recognize his name, but most of us are very familiar with his voice. His voice acting credits include documentaries (Discovery Channel, History Channel, Travel Channel, Smithsonian Channel), movie trailers, the GI Joe TV series, Family Guy and Robot Chicken. He is also a father and has used his inside knowledge of the industry to determine how he will raise his own children.

Parenting for the Digital Age

Description: The book “is part personal memoir and part parenting guide. Bill has an interesting perspective on the issue. Not only is he the voice of thousands of movie trailers, TV shows, cartoons, computer games, and commercials, but growing up, his father was a successful advertising executive. To his father, the children’s electronic entertainment business was a game of smoke and mirrors based upon well-planned sales and strategies targeting young people. He taught Bill the rules, but he also set limits.”