The Much Anticipated Sing 2 Movie

Hooray! The new Sing 2 movie arrives December 22nd, which is just in time for families to enjoy during the holiday break from school.

5 years ago the original Sing movie made its debut, so it is about time we get to join these fun characters for more hilarious adventures.

The animated sequel is voiced by many of the same actors, but of course there are some newcomers to the cast, too.

You’ll recognize many of the famous voices including Pharrell Williams, Halsey and Bono.

The movie is rated PG, just like the first one.

There is the typical ‘rude humor’ and mild animated peril, which many of you parents will be fine with.

Use your own best judgement for your family.

The cheerful characters are fun and funny, so the film is great for an entertaining break from busy holiday activities. 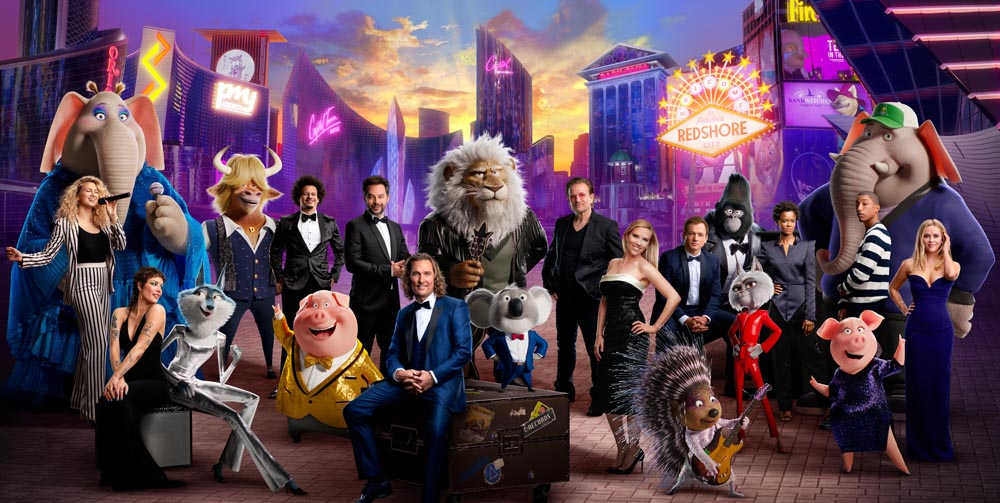 Of course, there are spectacular hit songs, too.

The ever-optimistic koala, Buster Moon, and his all-star cast of performers prepare to launch their most dazzling stage extravaganza yet …all in the glittering entertainment capital of the world.

They first have to persuade the world’s most reclusive rock star—played by global music icon Bono, in his animated film debut—to join them

This is a sponsored post on behalf of Review Wire Media for Universal Pictures.