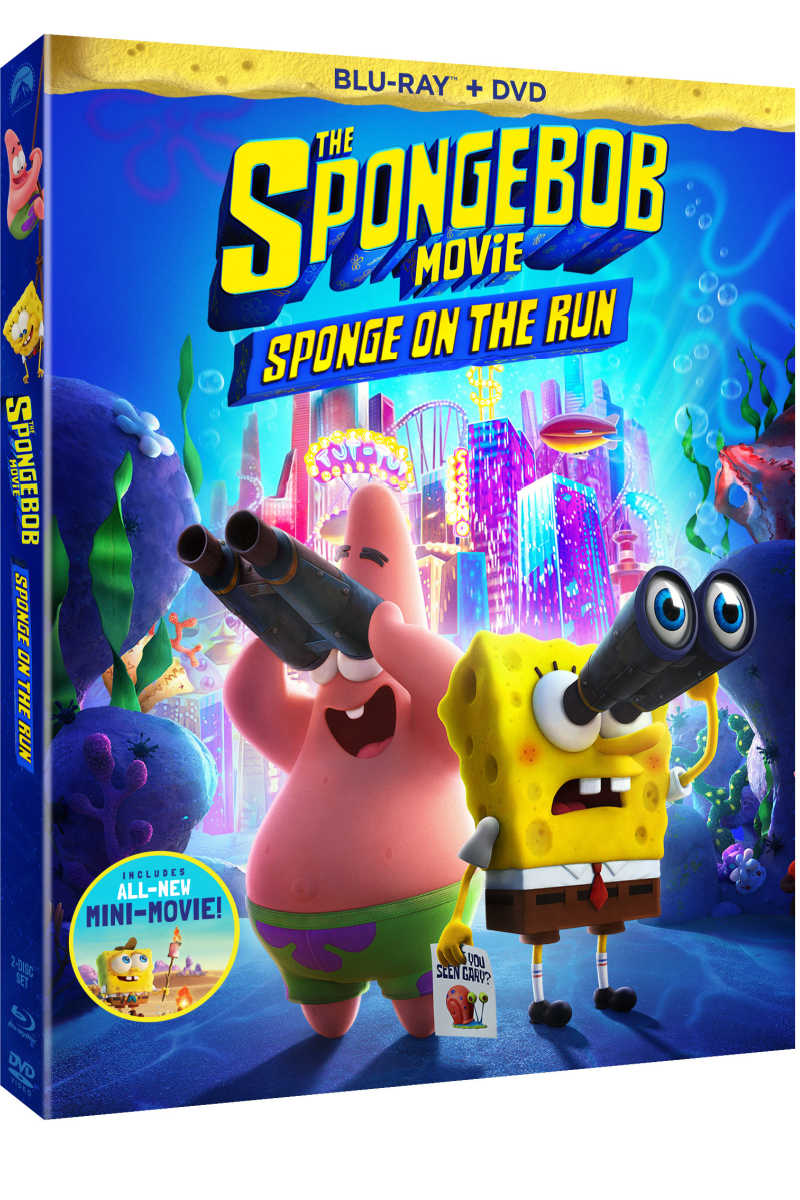 Sponge On The Run! 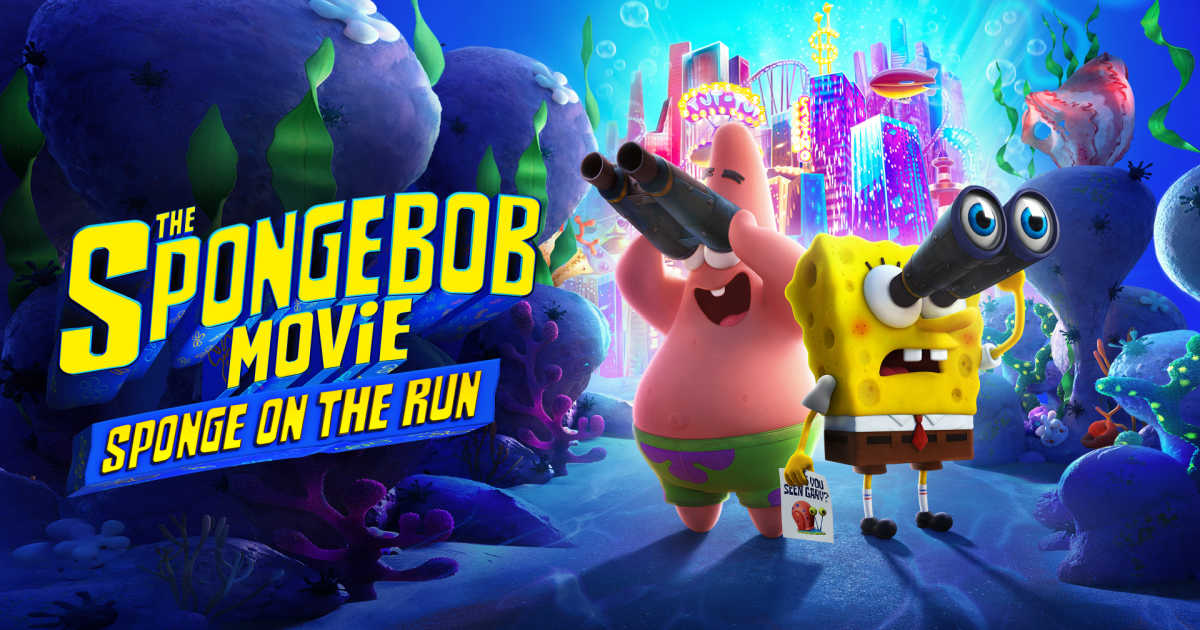 Get ready for fun in The SpongeBob Movie, when your favorite underwater pals leave Bikini Bottom to search for Gary in Atlantic City.

The movie is great for kids, but adults can enjoy it, too.

The film is mostly animated, but you will see Keanu Reeves, Snoop Dogg and Danny Trejo in live action scenes.

It has the kind of silly fun that you expect from SpongeBob, and there is plenty of action for a feature length movie.

The soundtrack is a great mix of new music from familiar artists along with classics that I remember from my younger years.

This is a good movie to own, since you’ll want to watch it more than once!

The blu-ray will be released on July 13th, but you can pre-order it now.

Sponge On The Run

SpongeBob SquarePants, his best friend Patrick, and the Bikini Bottom gang star in their most epic adventure movie yet!

When SpongeBob’s beloved pet snail Gary goes missing, a path of clues leads SpongeBob and Patrick to the powerful King Poseidon, who has Gary held captive in the Lost City of Atlantic City.

On their mission to save Gary, SpongeBob and his pals team up for a heroic and hilarious journey where they discover nothing is stronger than the power of friendship. 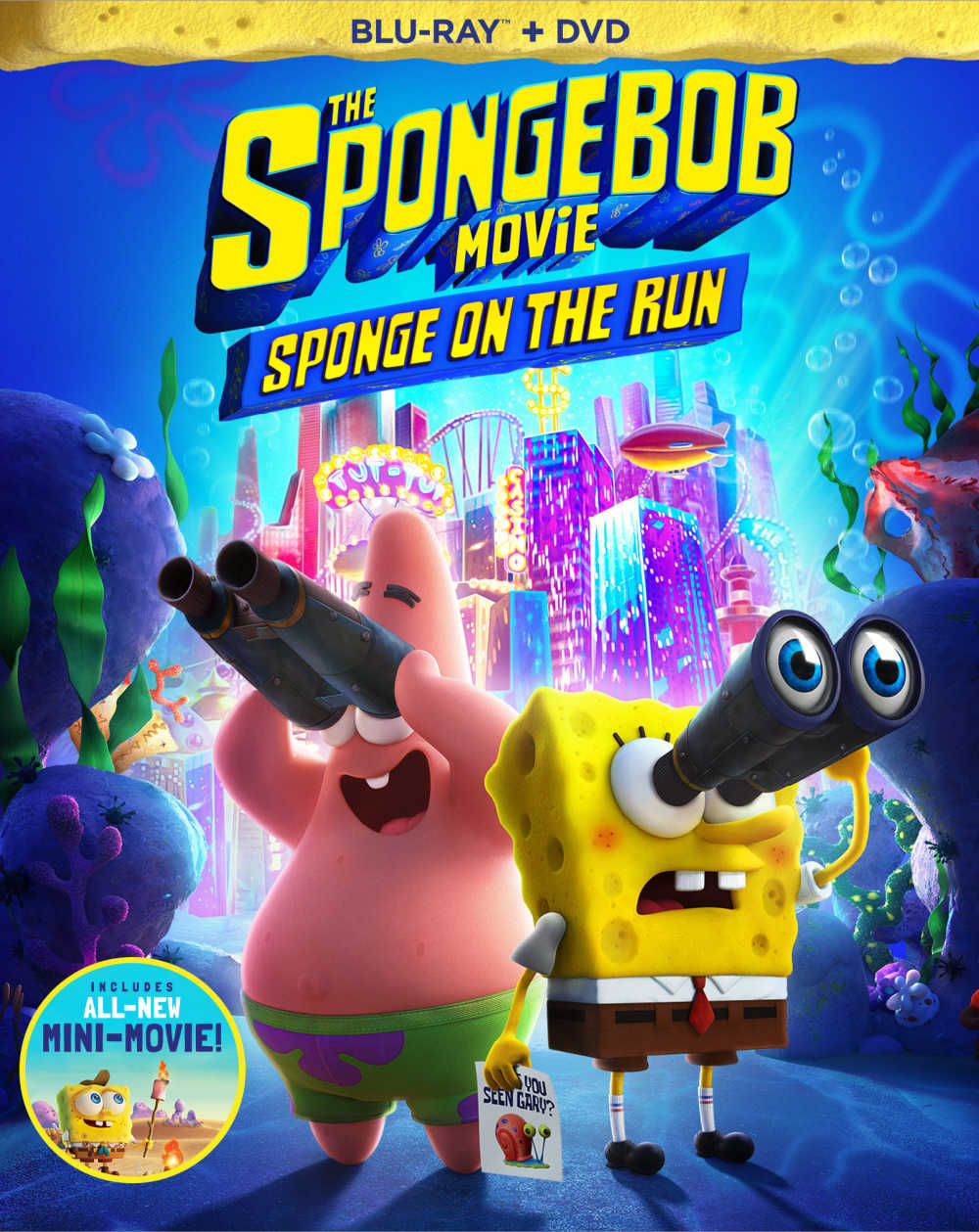