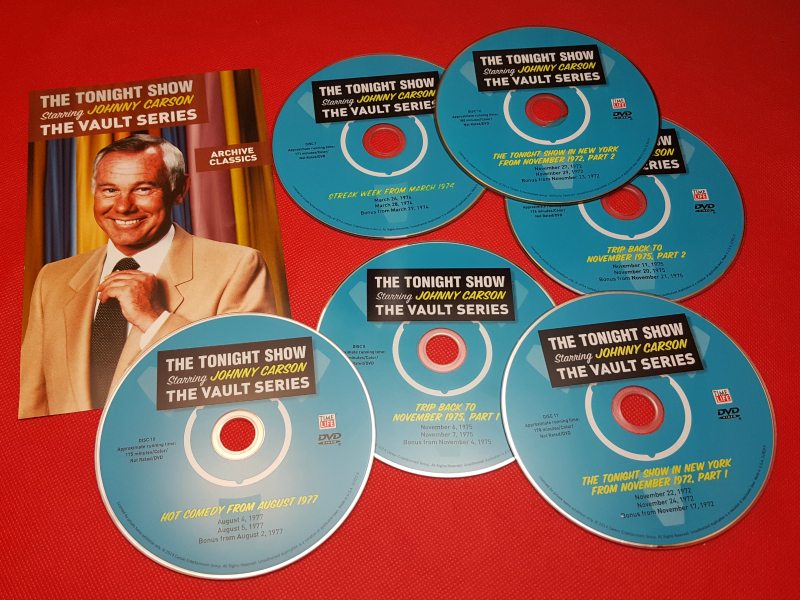 Time Life has compiled DVD sets of memorable Tonight Show episodes from ‘The Vault.” This is the 6 disc set. You can also purchase individual DVDs or sets with 3 or 12 discs. The six disc DVD set contains a dozen full length television episodes as they aired along with some bonus clips. They have even included the commercials that often seem as entertaining as the show.

The Tonight Show Starring Johnny Carson: The Vault Series is a wonderful gift for fans who remember staying up at night to watch the shows and for younger folks who enjoy taking a step back in time. 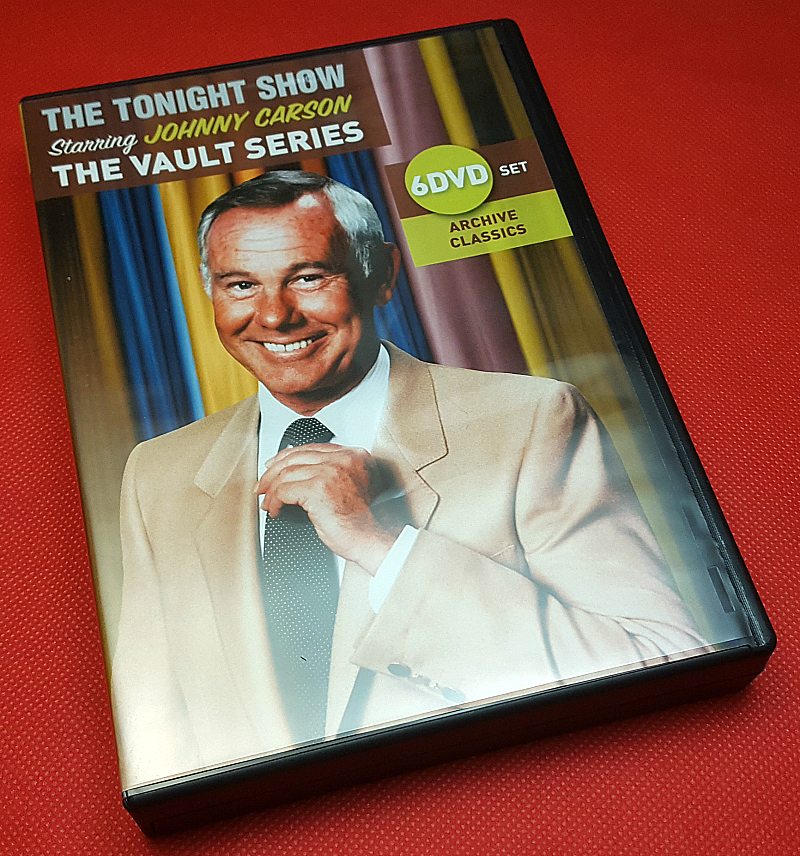 Synopsis: “THE VAULT SERIES gives viewers the opportunity to relive the incomparable magic of a night with Johnny, Ed and Doc. These collections feature some of the best and most requested episodes from over 30 years and 4,000 shows – including material not seen by the public since the original broadcasts! Among the many highlights are the 10th and 11th anniversary shows and Johnny’s birthday episodes, a week of shows from March 1976, visits from Carnac the Magnificent and the Mighty Carson Art Players, and Johnny singing Rhinestone Cowboy astride a donkey.”