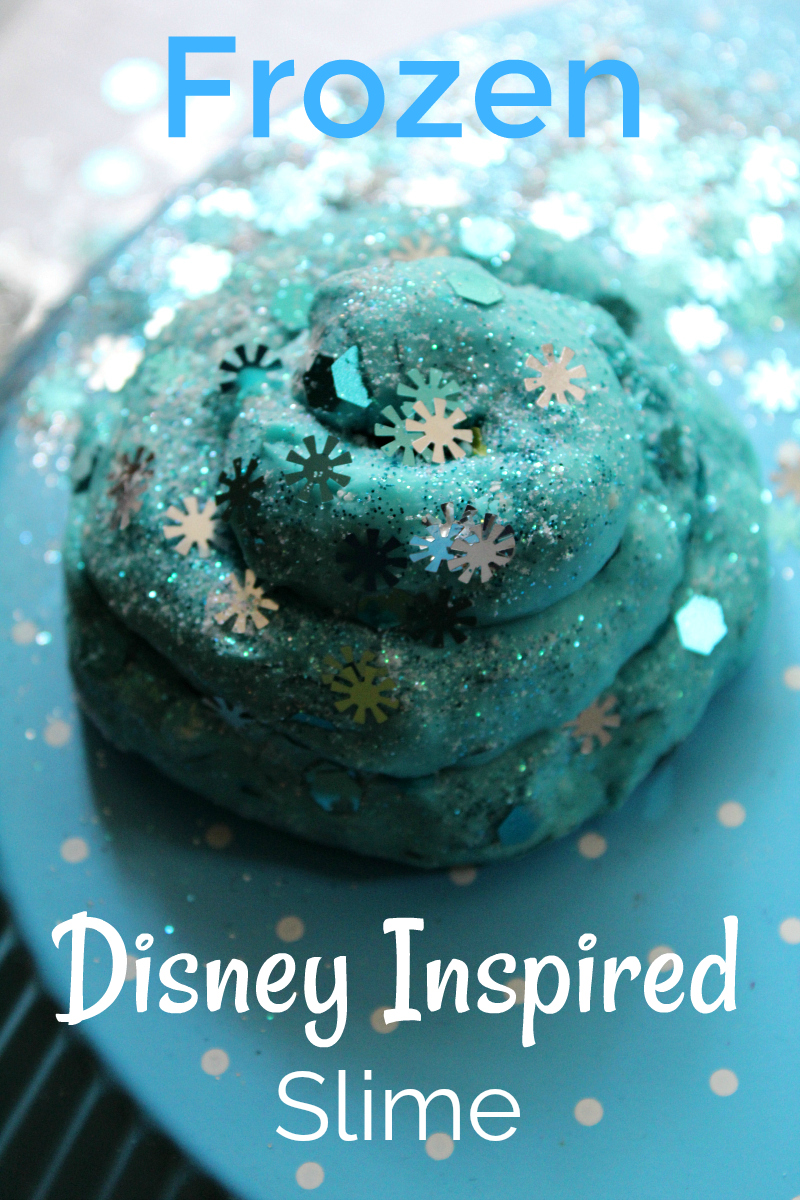 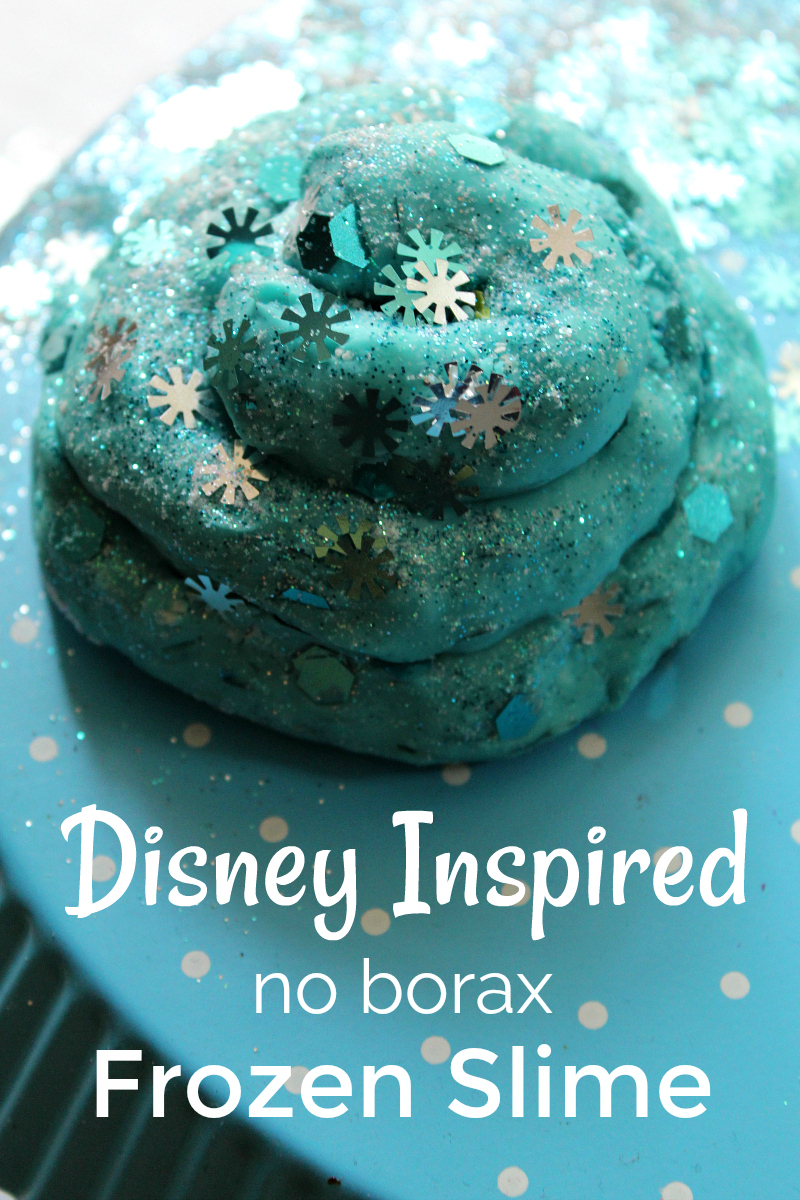 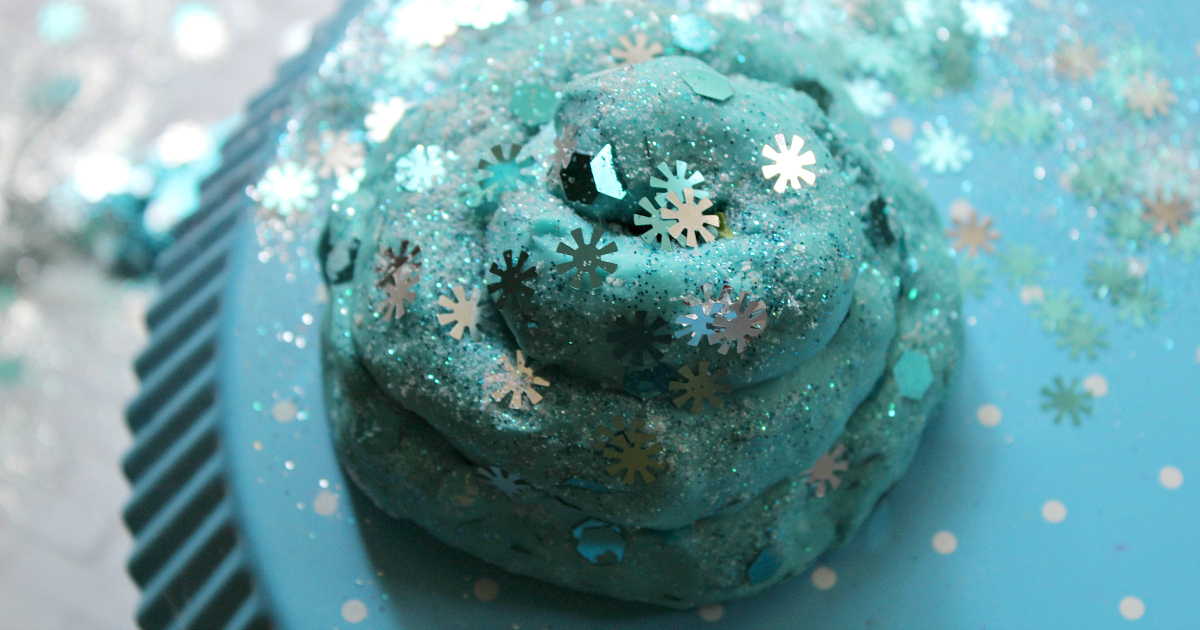 The new Frozen movie will be in theaters this Fall, so it’s the perfect time to make this sparkling Disney no borax slime.

The blue fluffy slime is fit for a princess, so kids will have fun making and playing with it.

This slime is made from pudding mix, so you don’t have to worry about borax or other harsh chemicals touching the skin.

It smells absolutely delicious and the slime is actually edible before you add the sparkles.

Of course, you don’t want to eat or taste it after the glitter and confetti have been added. 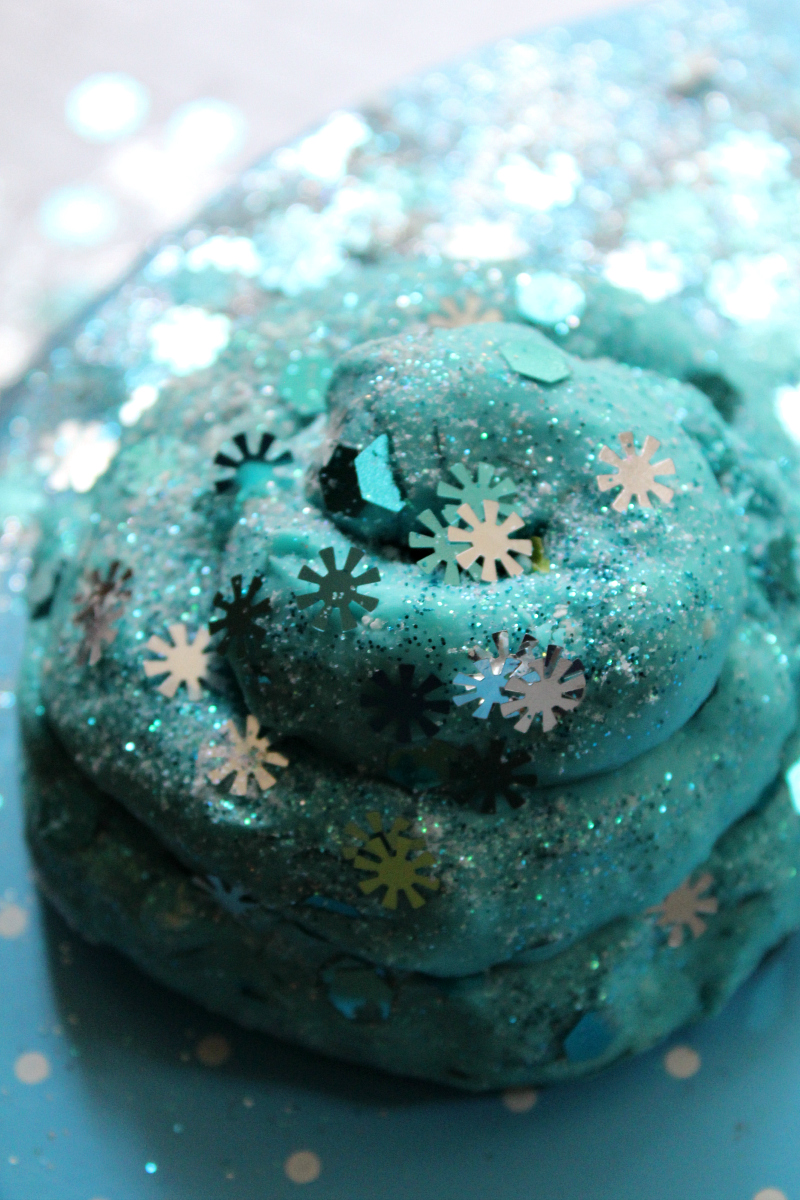 Slime is always fun for kids, but many adults like it, too.

There is something relaxing about squishing it, and the sparkles make it extra fun.

Kids can fantasize about being Princess Elsa or Princess Anna and dream about being part of their Disney adventures.

Make the slime with your child or surprise them with a tub of homemade slime that you made by yourself. 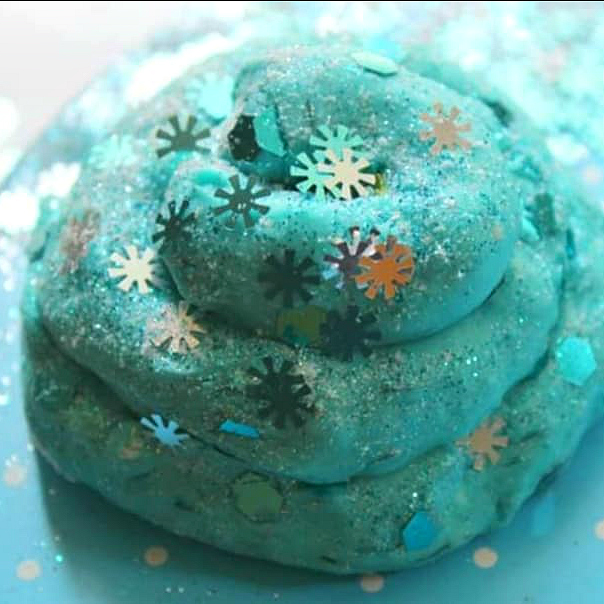 The newest Disney Frozen movie will be in theaters just in time for the holidays, so you’ll want to get tickets online to avoid a sell out at the theater. 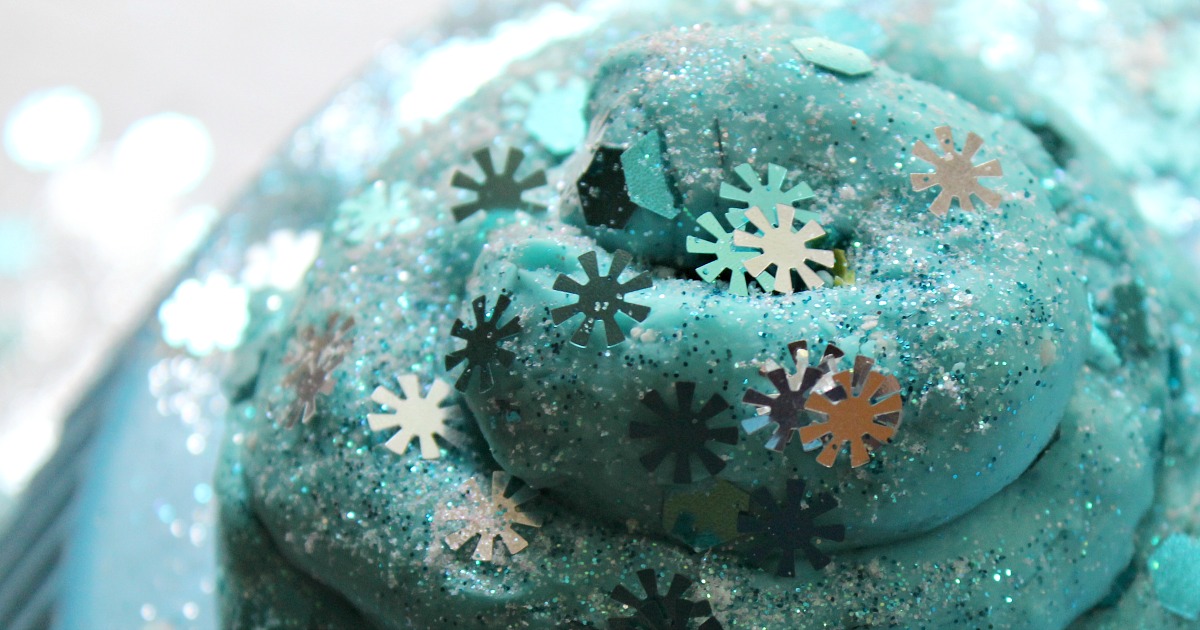 1) Put the pudding mix and cornstarch in the mixing bowl and stir until combined.

4) Stir with the spoon, so that a crumbly dough forms.

5) Use your hands to work the dough until it becomes a slime consistency. If it seems too dry, add a little bit of water. If you have added too much water, add equal parts of pudding mix and cornstarch until it thickens.

6) Add glitter and confetti, so your slime looks like something that Anna and Elsa would like to play with.

7) When not in use, store in an airtight container.

You can have even more Disney fun, when you check out my free Frozen printables. There are crafts, puzzles, coloring pages and more.