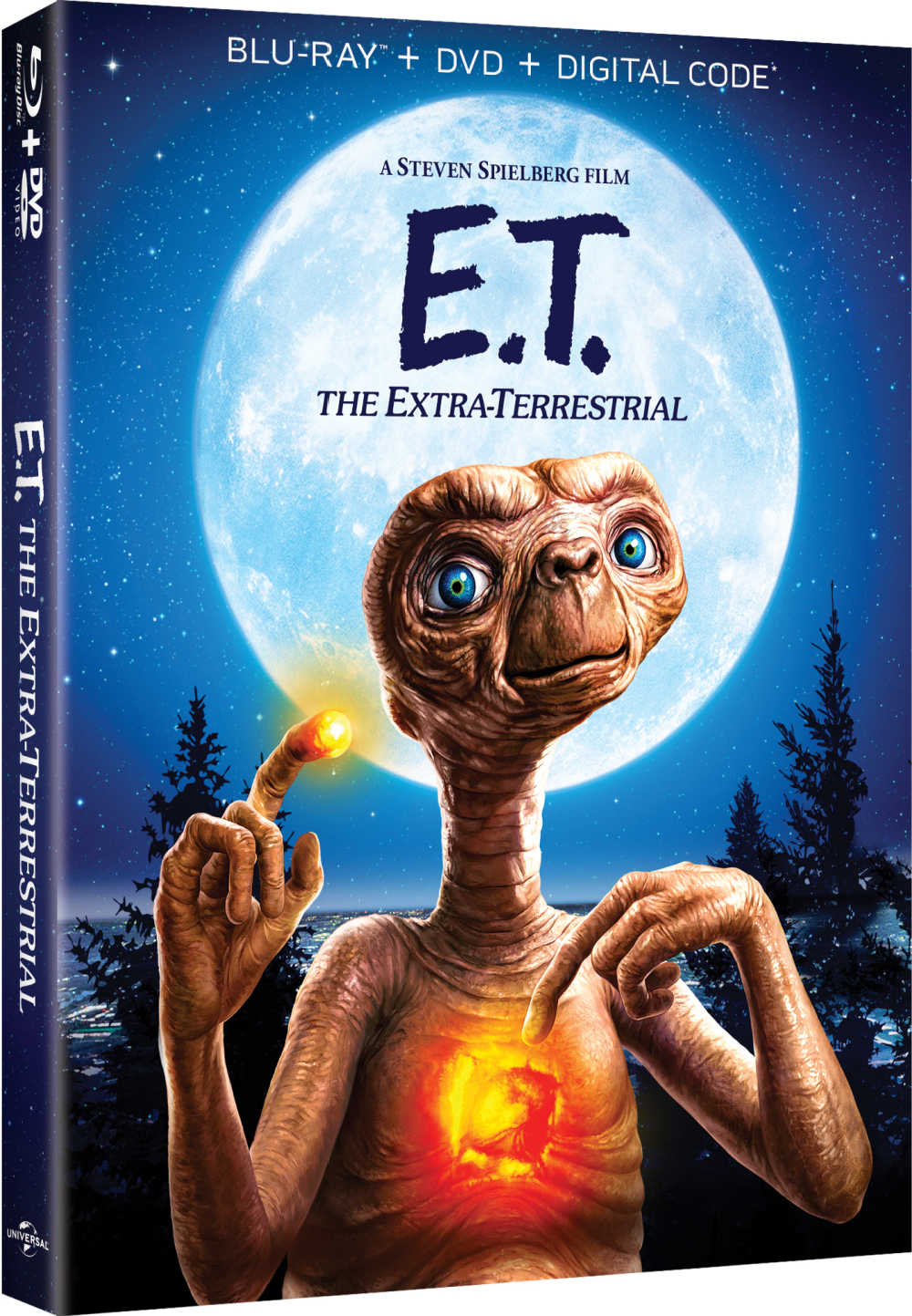 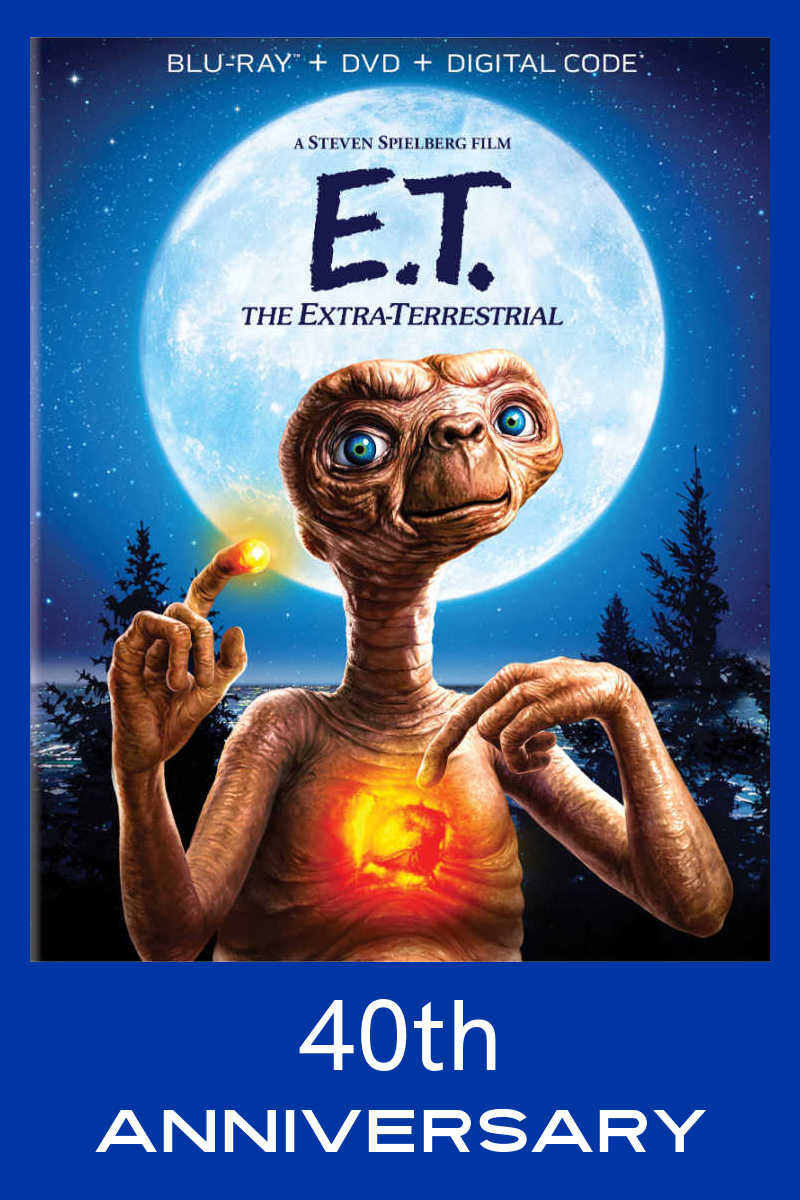 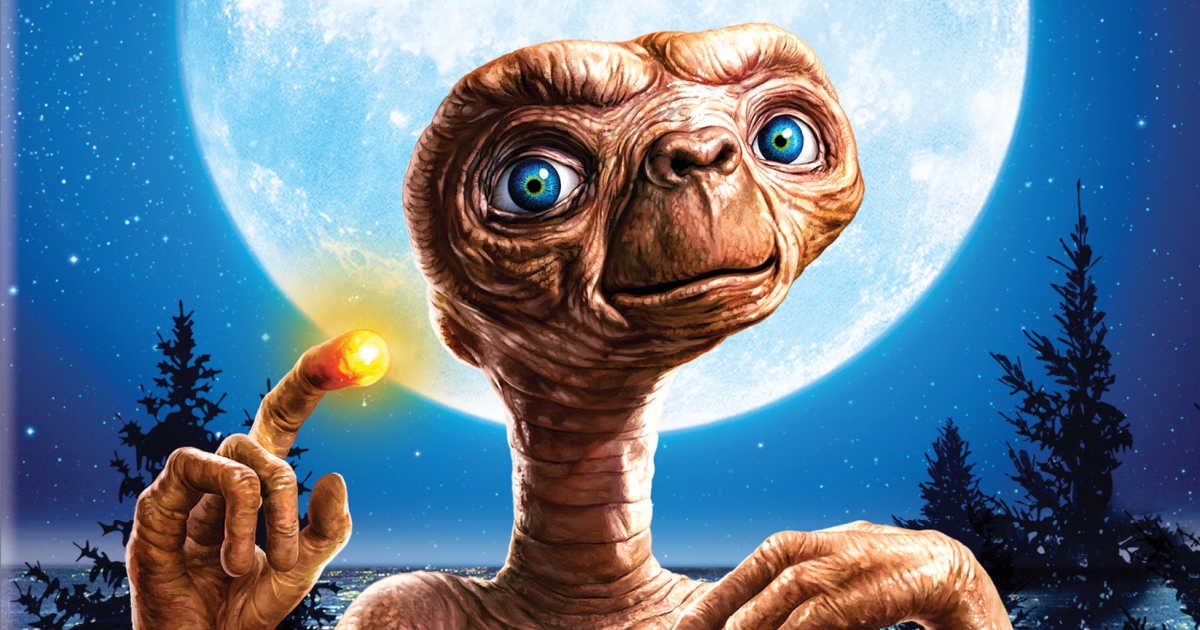 It is the E.T. 40th Anniversary, so it is time for a special edition blu-ray + DVD + Digital with fantastic bonus content.

Yes, as someone who saw E.T. The Extra-Terrestrial in a movie theater more than once in 1982, realizing that it’s been 40 years makes me feel old.

But, of course, it also brings back warm feelings for me and my kids who I introduced to the classic film when they were little.

The movie is funny and full of adventure, but most of all it is bursting with love and good feelings.

Fans young and old will love watching the movie again and seeing all of the bonus features.

Seeing the movie again was a fun walk down memory lane for me.

Also, very interesting to see it again with the ‘fresh eyes’ of an adult in 2022.

Life has definitely changed in the last 40 years!

Journey back to the magic and adventure of “one of the great American films” (Leonard Maltin) with E.T. The Extra-Terrestrial, the beloved masterpiece from Academy Award®-winning director Steven Spielberg.

Henry Thomas, Drew Barrymore and Robert MacNaughton star in the unforgettable story of a lost alien and the 10-year-old boy who helps him find his way home.

Digitally remastered for optimal picture and sound, this astounding story is sure to thrill viewers of all ages again with its timeless message of trust, courage, and the overwhelming power of friendship.