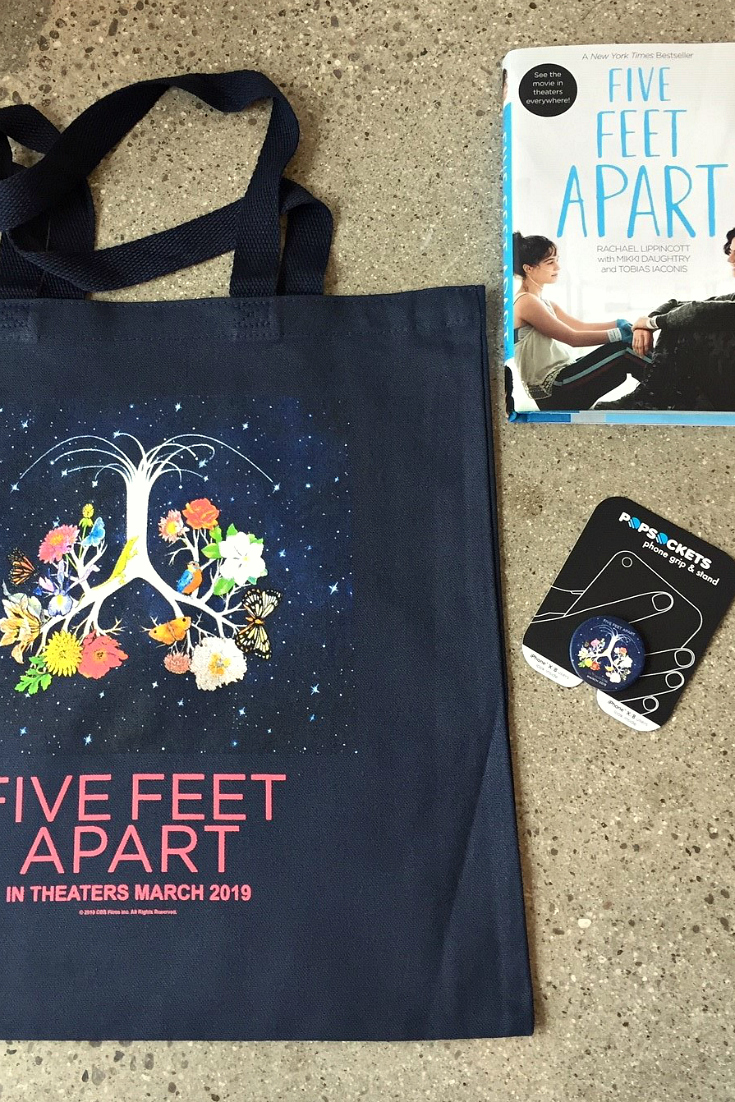 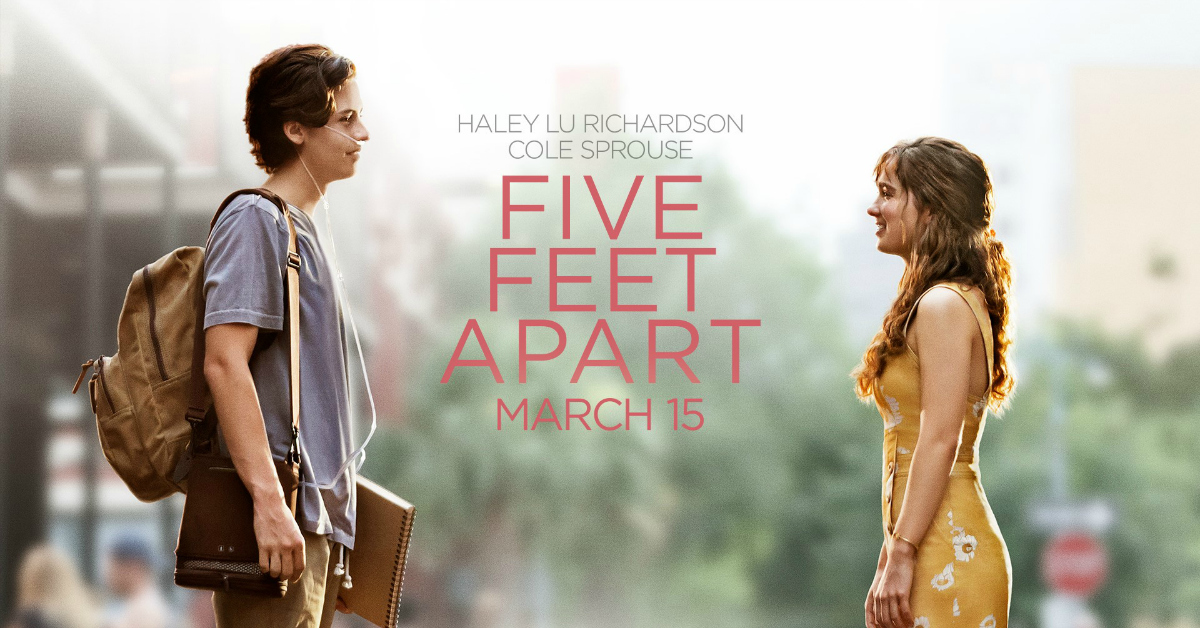 I love a movie that tugs on the heart strings, so am excited about the March 15th theatrical debut of the Five Feet Apart movie.

The movie is based on the best selling YA book by Rachael Lippincott. I can see that it would appeal to the young adult crowd, but I definitely want to see it, too. And it has been quite awhile, since I was considered a young adult.

Thankfully, most of us will never have to deal with cystic fibrosis. However, we can enjoy the movie and pick up some good life lessons on dealing with adversity and living life to the fullest.

Stella Grant is every bit a seventeen-year-old… she’s attached to her laptop and loves her best friends. But unlike most teenagers, she spends much of her time living in a hospital as a cystic fibrosis patient. Her life is full of routines, boundaries and self-control – all of which is put to the test when she meets an impossibly charming fellow patient named Will Newman.

There’s an instant flirtation, though restrictions dictate that they must maintain a safe distance between them. As their connection intensifies, so does the temptation to throw the rules out the window and embrace that attraction. Further complicating matters is Will’s potentially dangerous rebellion against his ongoing medical treatment. Stella gradually inspires Will to live life to the fullest, but can she ultimately save the person she loves when even a single touch is off limits? 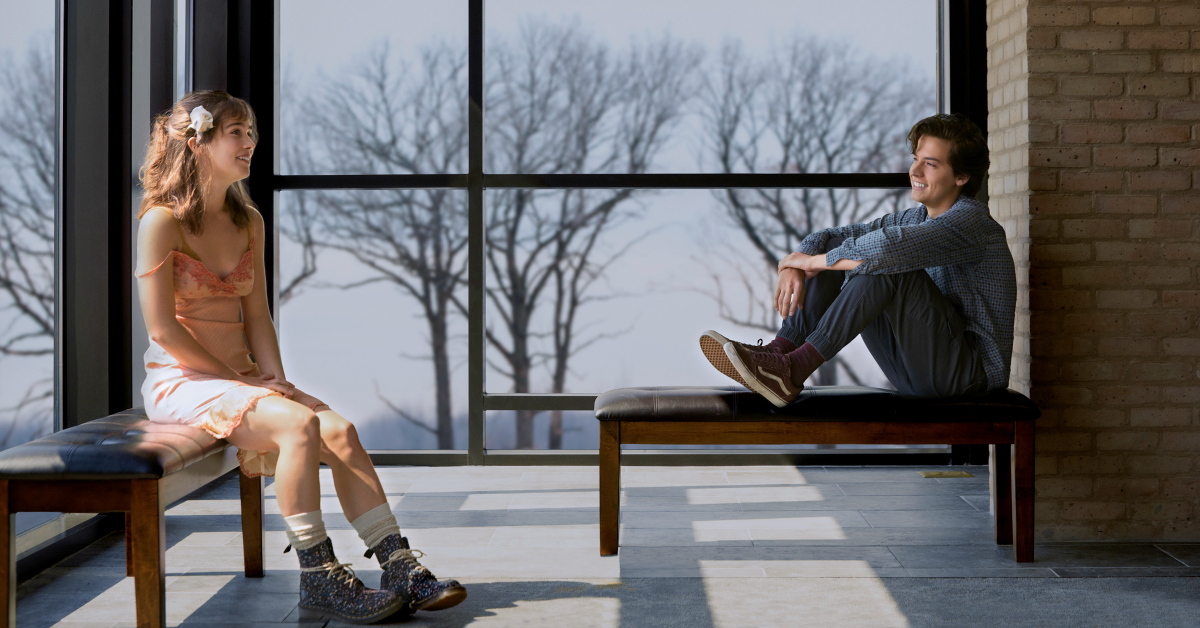 This is a sponsored post written by me on behalf of Review Wire Media for Lionsgate.