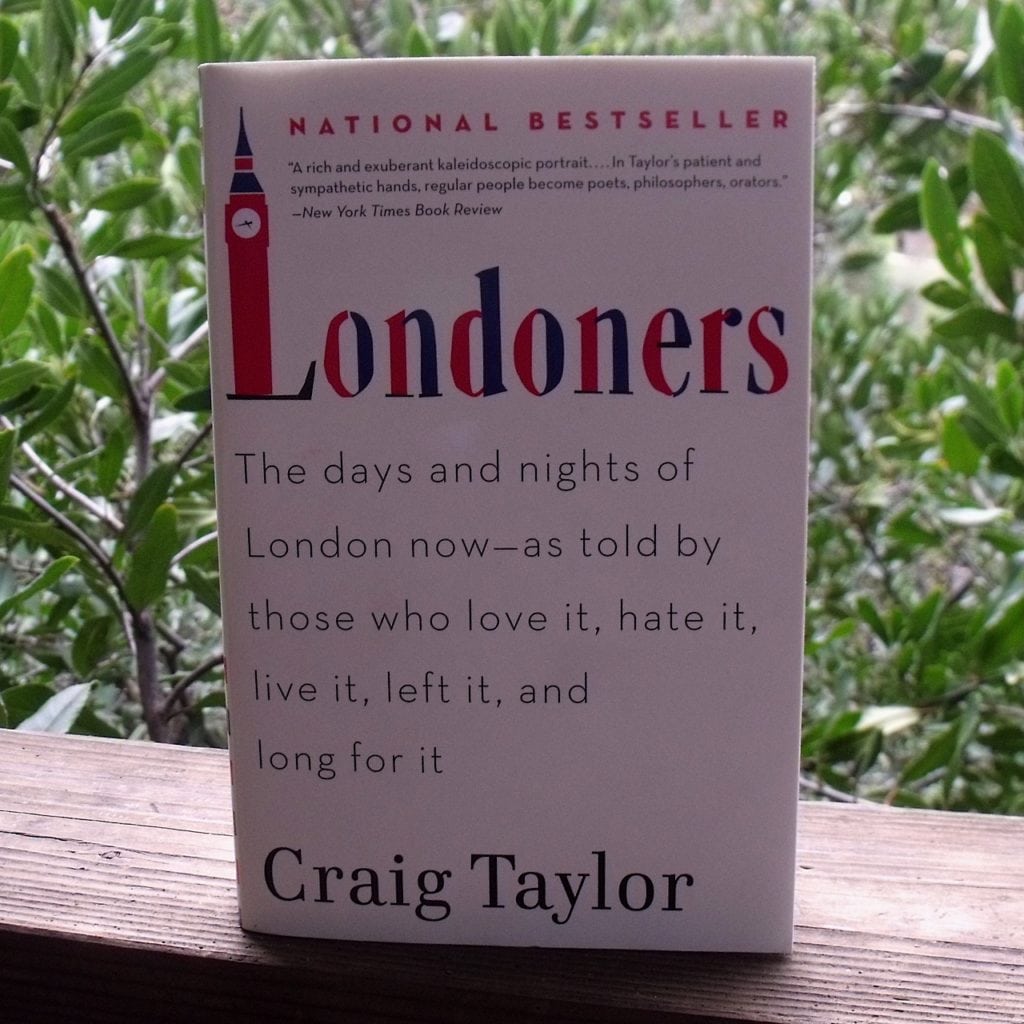 The Days and Nights of London Now–As Told by Those Who Love It, Hate It, Live It, Left It, and Long for It
by Craig Taylor

“Acclaimed writer and editor Craig Taylor spent years traversing every corner of London, getting to know the most interesting of its residents—the voice of the London Underground, a West End rickshaw driver, an East End nightclub door attendant, a mounted soldier of the Queen’s Life Guard. Now, in Londoners, this diverse cast of characters—rich and poor, young and old, native and immigrant, men and women (and even a Sarah who used to be a George)—shares indelible tales that capture the city as never before. With candor and humor, these voices paint a vivid, epic, and wholly original portrait of twenty-first-century London, scripting the autobiography of one of the world’s greatest cities.”

London has been on my ‘to do’ list for years, but … it just hasn’t happened – yet. Thanks to Craig Taylor, it feels as if I’ve had an authentic London experience.

This is much more than a travel book that explains the geography, history and attractions of a city.

This book goes right to the heart of what London is – the people. Each person has their own story and this book captures some of them.

Londoners is a collection of short essays written about people from all walks of life.

They are organized topically by basic subject matter.

The stories fit together as a whole, but each one stands on it’s own.

This is a great book to pick up when you only have a few moments, but it’s also easy to tell yourself you’re going to read “just one more” and find that you’ve read a lot more than that.

The book gives wonderful insight to the people of London.

I would love to see similar books about other cities and hope the author has plans for more.