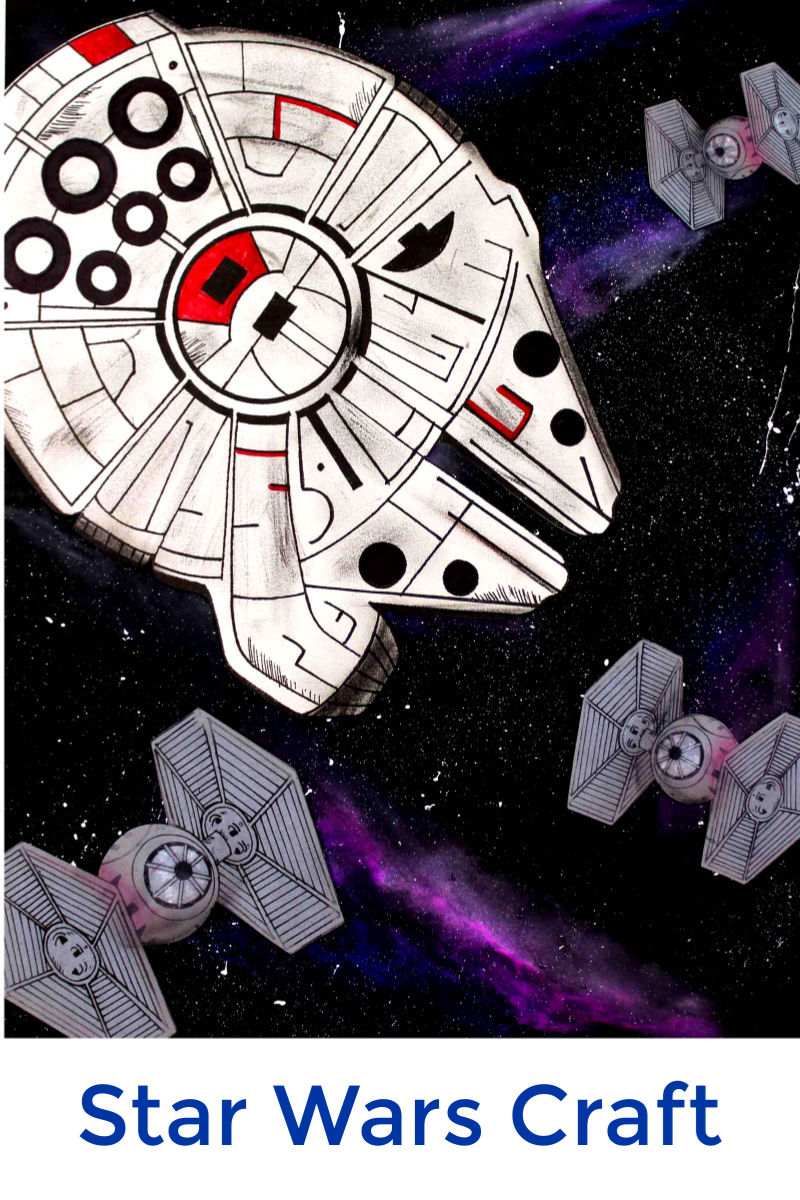 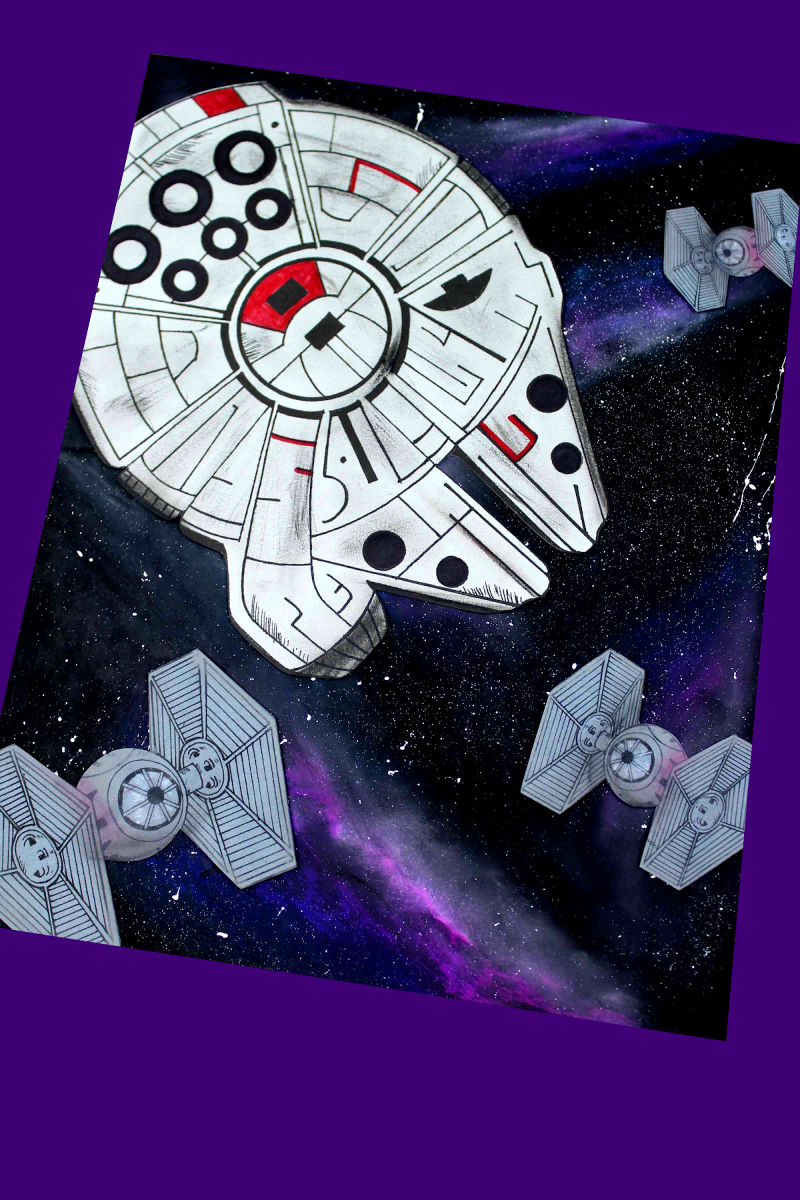 This Millennium Falcon galaxy craft is fun to make, when you use my Star Wars inspired free printable template and easy instructions.

The craft is great for kids and adults, so fans of all ages will enjoy the process of making it and the finished project.

The Millennium Falcon didn’t look like much on the outside, when Han Solo won it from Lando Calrissian in a card game.

However, Han and Chewbacca put this fast ship to good use and it was a central part of many of the Rebel Alliances successes. 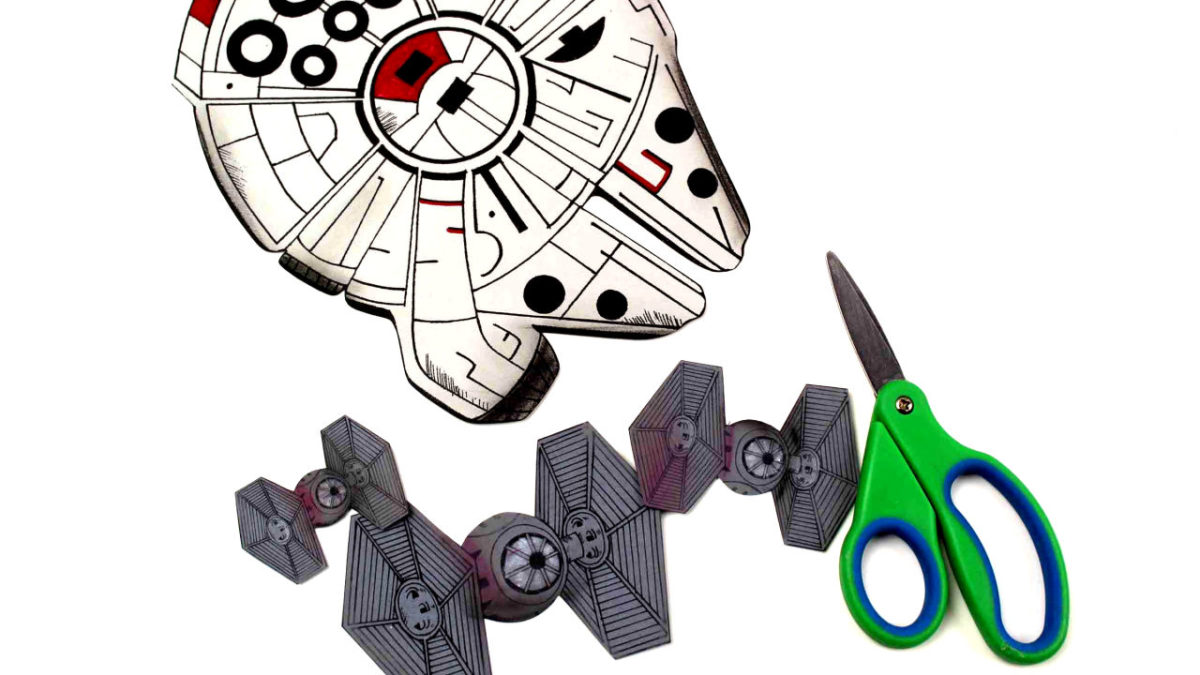 The first step in making this craft is to create the galaxy background on black cardstock.

Oil pastels and splattered white paint are used, so it has a beautiful galaxy effect.

Then you’ll use the free template to add the Millennium Falcon and some Imperial TIE Fighters to the scene.

I hope you enjoy this craft. 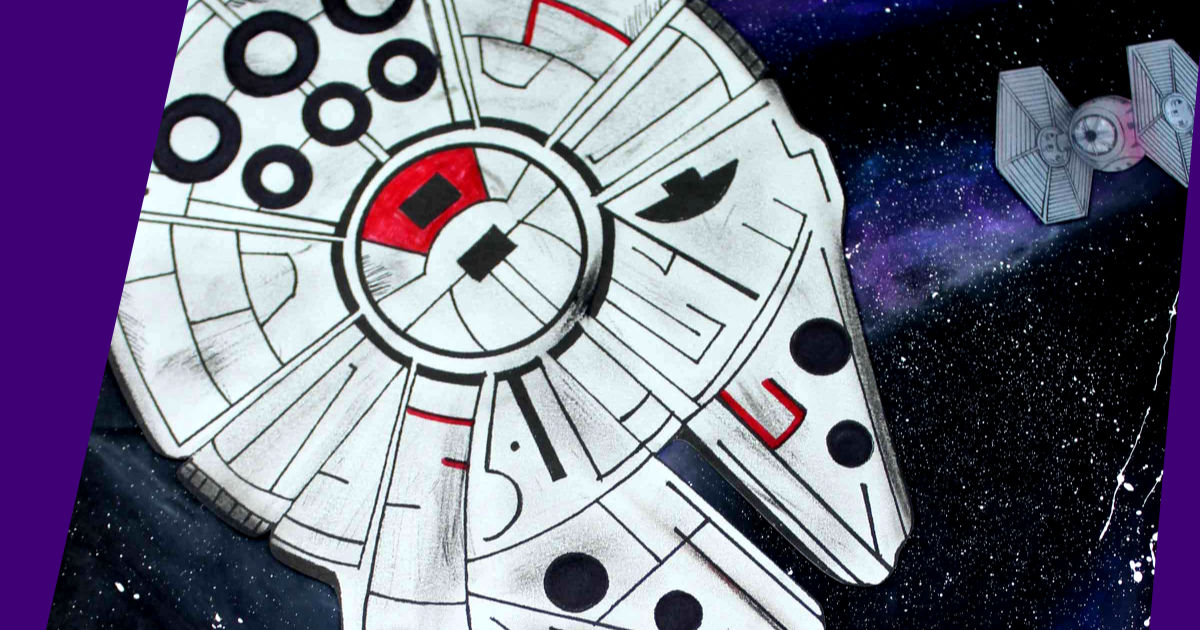 1) First, create your galaxy background. Color most of a black sheet of cardstock with a black oil pastel. Then, fill in the other areas with blue, pink and purple oil pastels. Smudge the colors together with your finger.

2) Cover your work area with newspaper or butcher paper, since this next step is messy. Dip an old toothbrush into white paint and flick it onto the galaxy to make stars. Set it aside to dry completely.

3) Download the free printable template and print the Millennium Falcon and TIE Fighters on gray or white cardstock.

4) Cut out the Millennium Falcon and TIE Fighters and add accent colors and shading with pastels.

5) Arrange the ships on the galaxy however you’d like and glue them in place. It’s ok to place them, so they hang partly over the edges. After the glue has dried you can trim off any excess.

6) Put your artwork on display.

Download the free Star Wars Millennium Falcon template, so that you or your child can make this fun Disney inspired galaxy craft.

Following are my other Star Wars galaxy crafts: 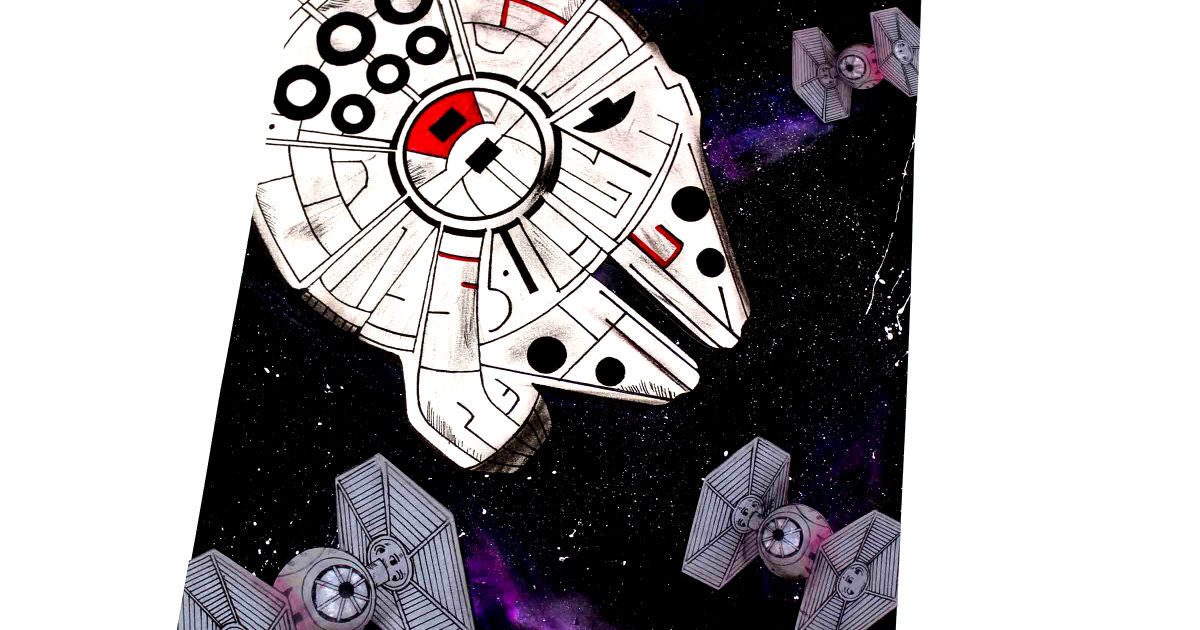