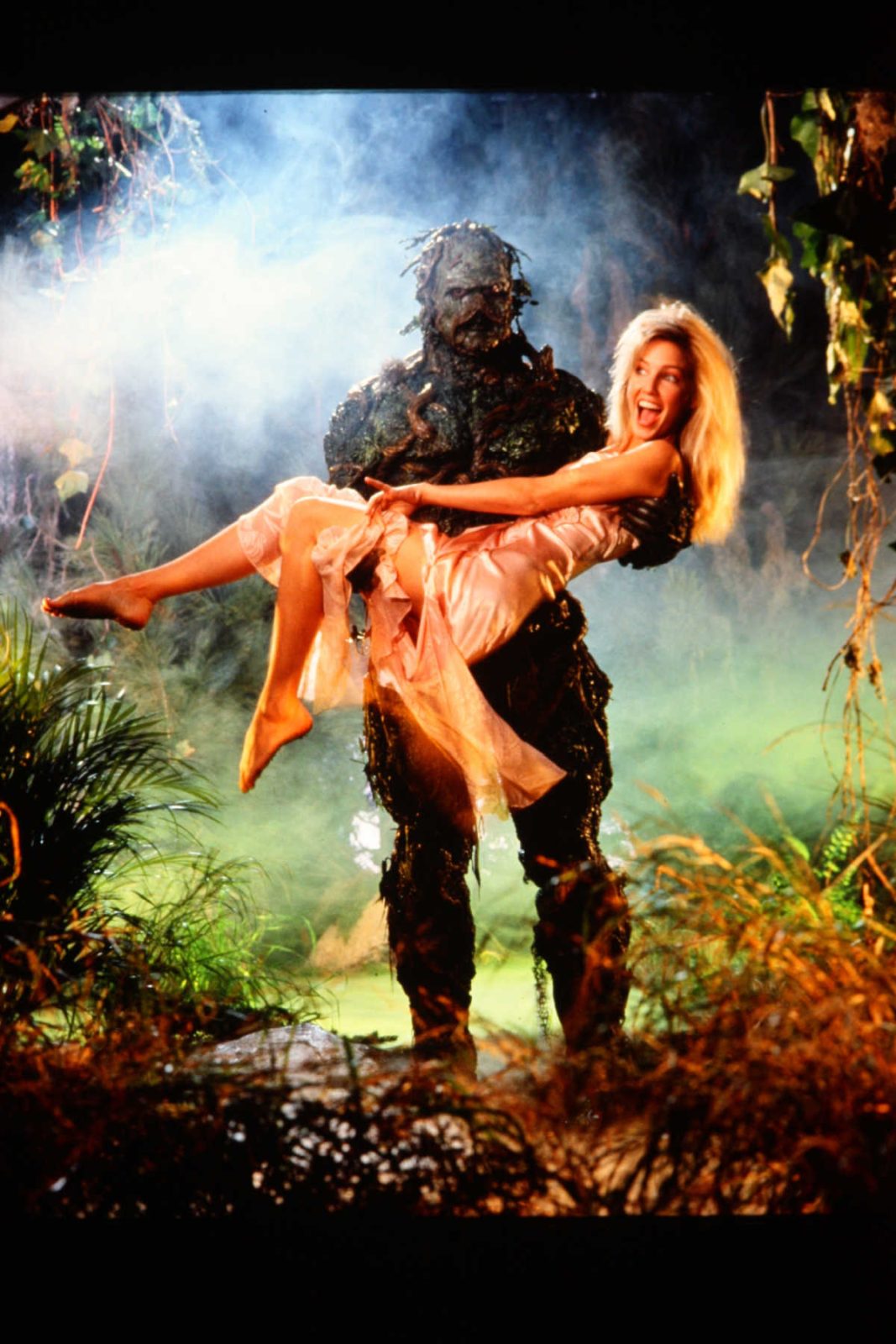 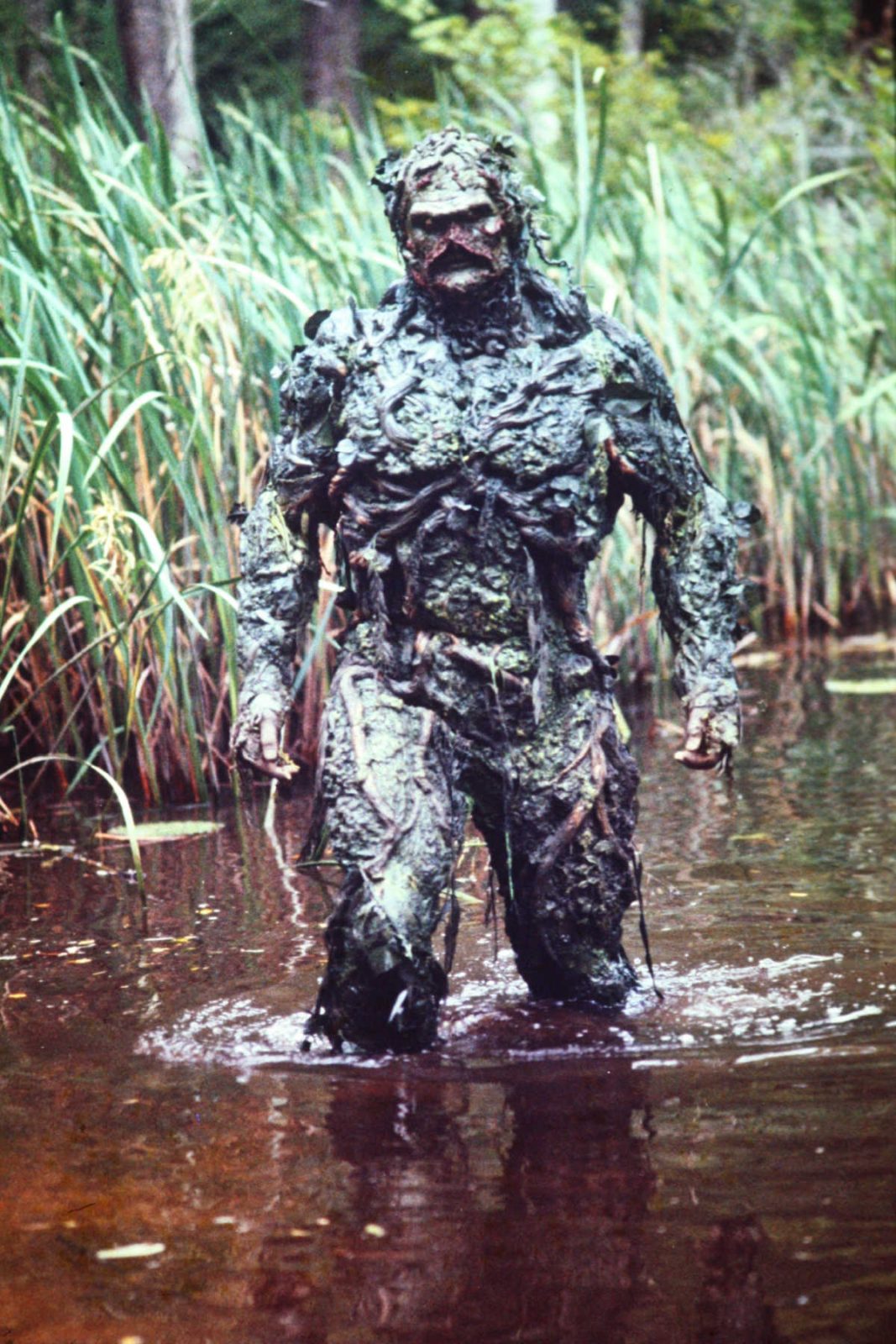 The Return of The Swamp Thing Collector’s Edition 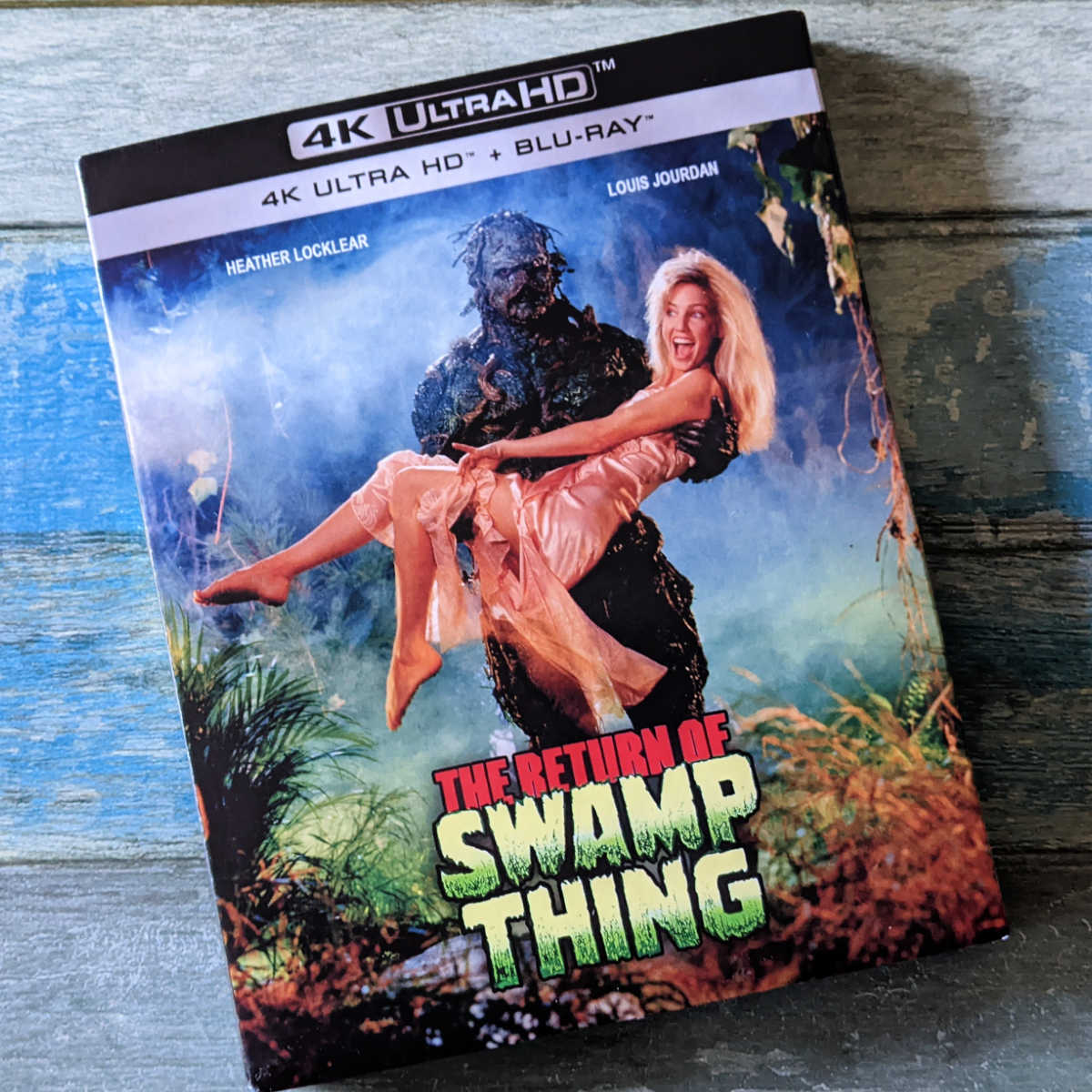 Pick up The Return of The Swamp Thing 4k Ultra HD + Blu-ray Collector’s Edition, so you can enjoy this campy cult classic all over again.

The film and sound quality have been updated and, of course, there are a whole lot of fascinating and entertaining bonus features.

This iconic character made his first appearance in a DC Comics horror story in 1971.

Then, in 1982 we got the original Swamp Thing movie, which was written and directed by Wes Craven.

I remember enjoying The Return of The Swamp Thing when it was first released in 1989 and I enjoyed it even more this time around.

It is scary, funny, ridiculous and the perfect escape from whatever real life stress you have.

“The Swamp Thing: I’m a plant! 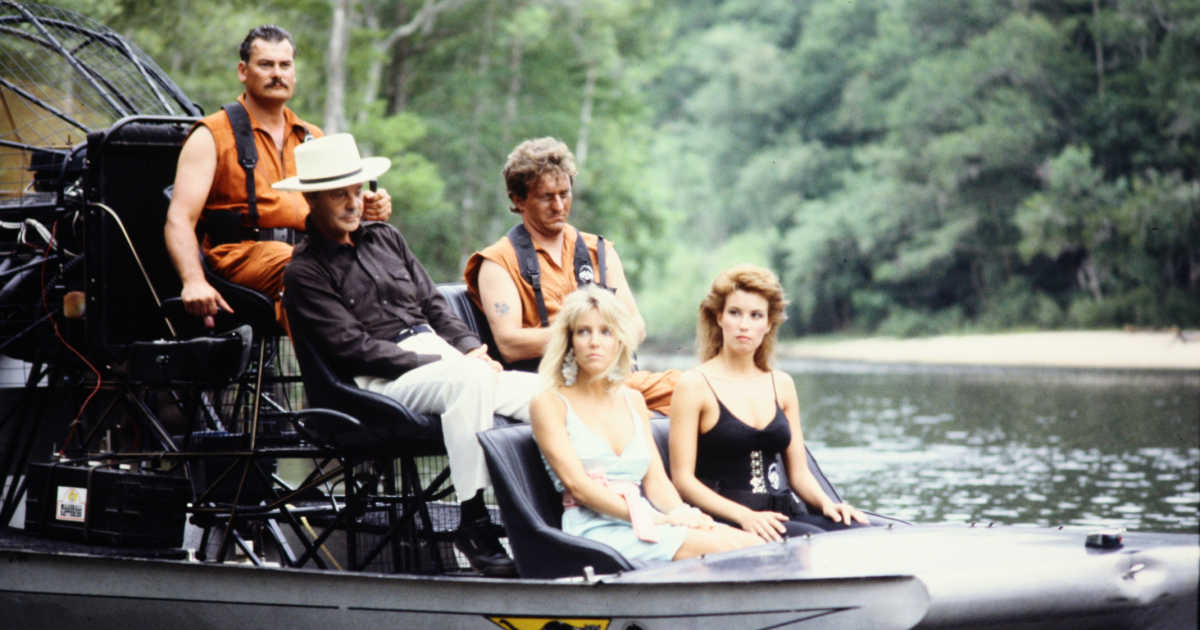 The Return of The Swamp Thing

In an attempt to stave off the effects of aging, Dr. Arcane, assisted by Dr. Lana Zurrell, combines genes from various swamp animals and human beings, creating an army of monsters known as Un-Men.

When Abby arrives, Dr. Arcane is hell-bent on taking his own stepdaughter’s life in the name of science… that is until she is rescued by SWAMP THING in this must-see sequel to the original cult classic and based on the award-winning DC Comics series! 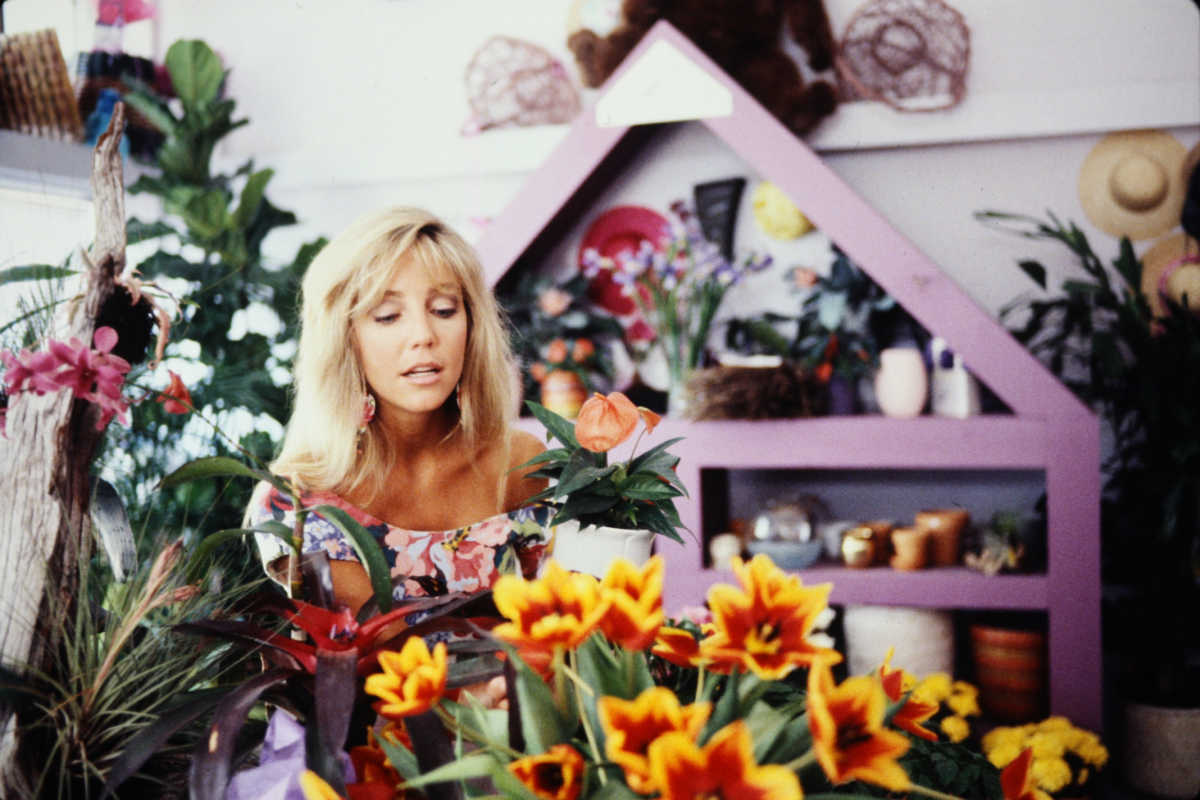 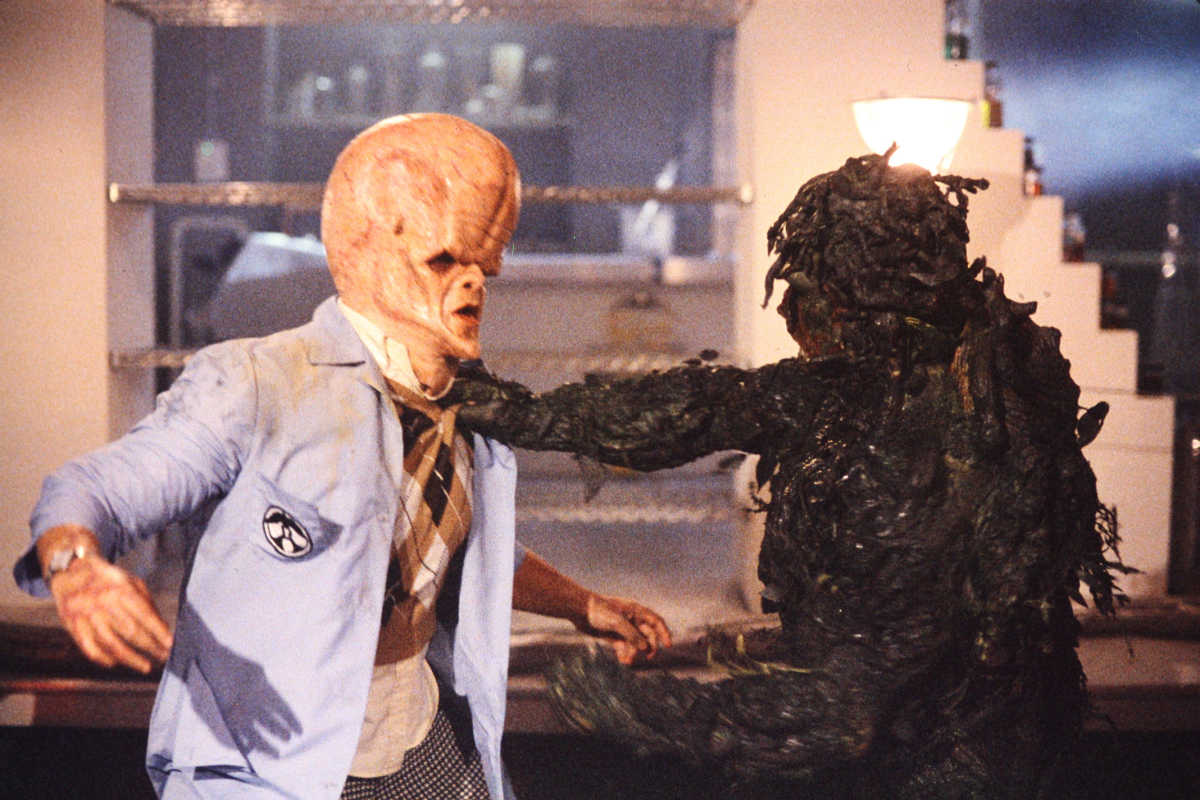 1989 Trailer: The Return of Swamp Thing