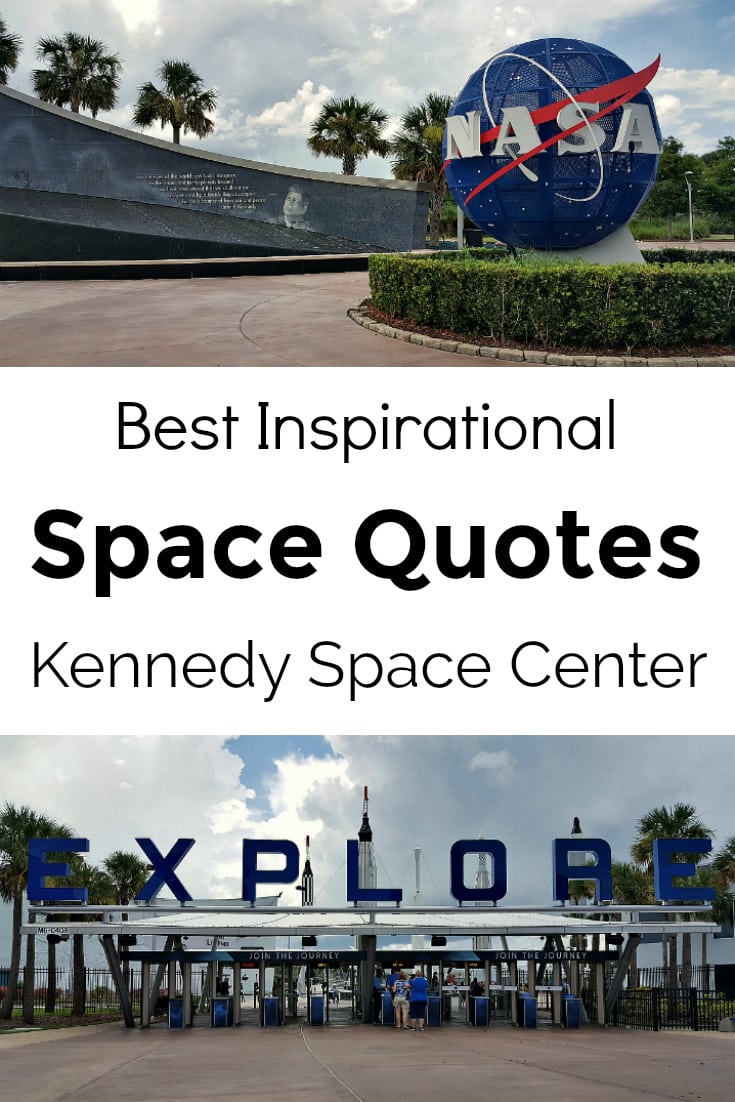 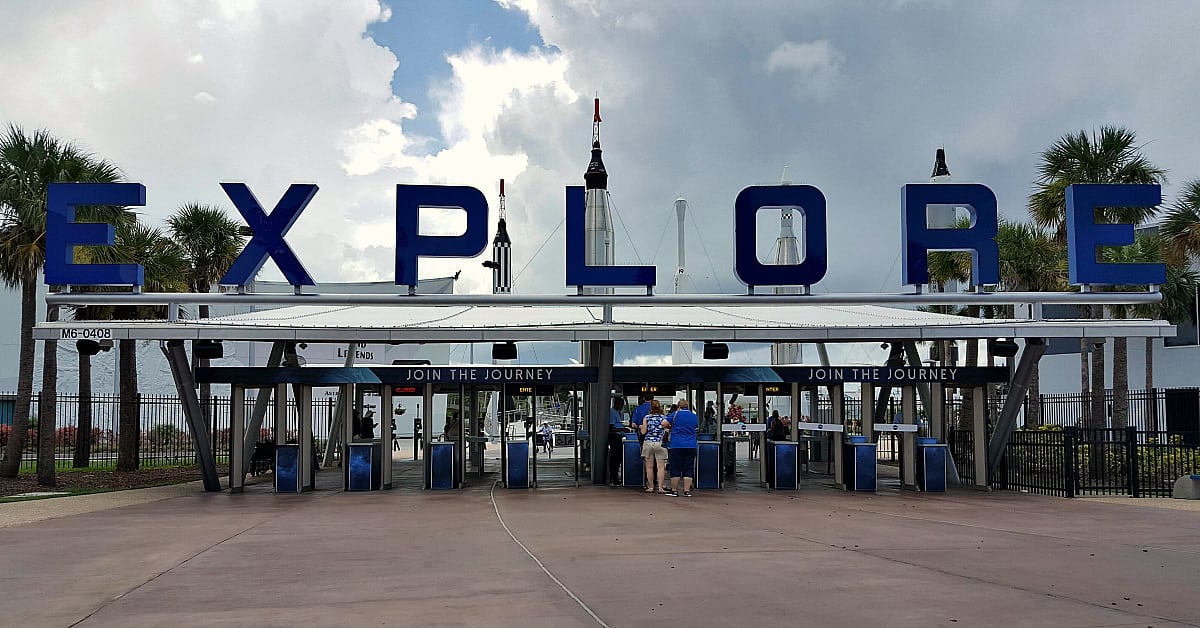 Following are some of my favorite space quotes from my recent visit to the Kennedy Space Center and I hope that they inspire you, as well!

There are quotes from astronauts, scientists and world leaders throughout the Visitor Complex, so there is plenty of inspiration. I found myself awestruck and I paused to read and re-read the quotes.

I was in Florida with #NASAsocial and had just watched the SpaceX Falcon 9 CRS-15 Dragon launch earlier that day. The impact of the behind the scenes tours and the launch itself was fresh, so I was ripe for inspiration.

My favorite quote is the one from John F. Kennedy from his famous "moon speech" and I can see why his message of peace is prominently placed at the entrance.

For the eyes of the world now look into space,
to the moon and to the planets beyond,
and we have vowed that we shall not see it governed by a hostile flag of conquest,
but by a banner of freedom and peace. 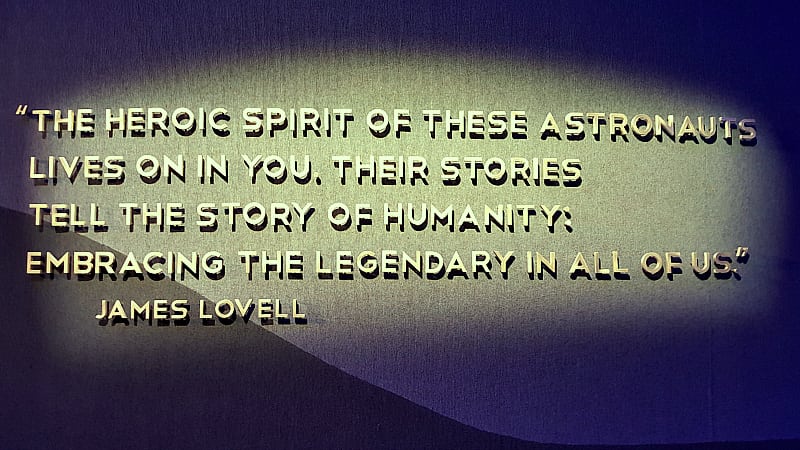 I remember watching the moon landing on my family's black and white TV, when I was a very little girl. It was exciting, but I was too young to grasp its significance.

Now, I am in awe of all that the space program has accomplished  and am excited to see what the future holds.

Also, check out these entertainment articles on Mama Likes This.