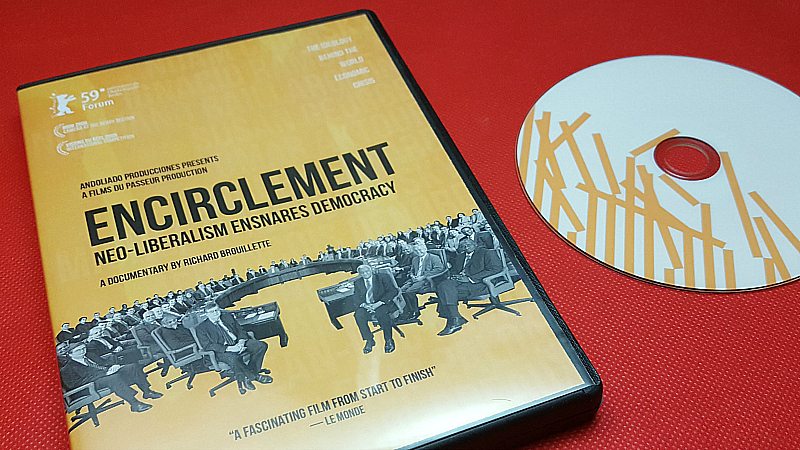 Are you interested in the economy? With all that is going on in the United States and around the world, people who weren’t previously very interested in economics or politics are now paying attention and likely have some very strong opinions.

Encirclement is a French Canadian documentary that takes a look at the science and philosophy of economics. Director Richard Brouillete began work on the film in the 1990’s and took more than a decade to complete. The film ended up winning numerous awards when it debuted in 2009. Now in 2017, the subject matter seems even more relevant.

For those who are unfamiliar with the term “neo-liberalism” in the film’s subtitle, it’s a philosophy that espouses free market capitalism and deregulation. This is more in line with conservative US politics, rather than liberal. Wherever you are on the political spectrum, Encirclement can help viewers understand economic theories. It’s interesting to then think about our current situation and what can be done to improve it.

Synopsis: “Drawing upon the thinking and analyses of renowned intellectuals, this documentary sketches a portrait of neo-liberal ideology and examines the various mechanisms used to impose its dictates throughout the world. Neo-liberalism’s one-size-fits-all dogmas are well known: deregulation, reducing the role of the State, privatization, limiting inflation rather than unemployment, etc. In other words, depoliticizing the economy and putting it into the hands of the financial class. And these dogmas are gradually settling into our consciousness because they’re being broadcast across a vast and pervasive network of propaganda. But behind the ideological smokescreen, behind the neat concepts of natural order and the harmony of interests in a free market, beyond the panacea of the “invisible hand,” what is really going on?” 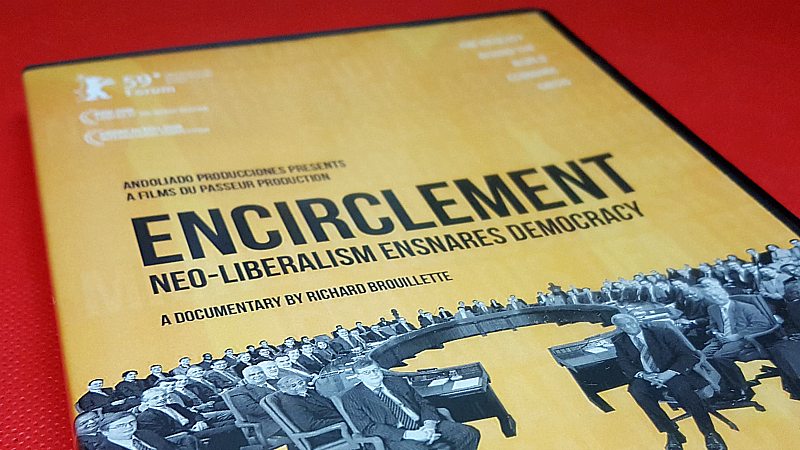 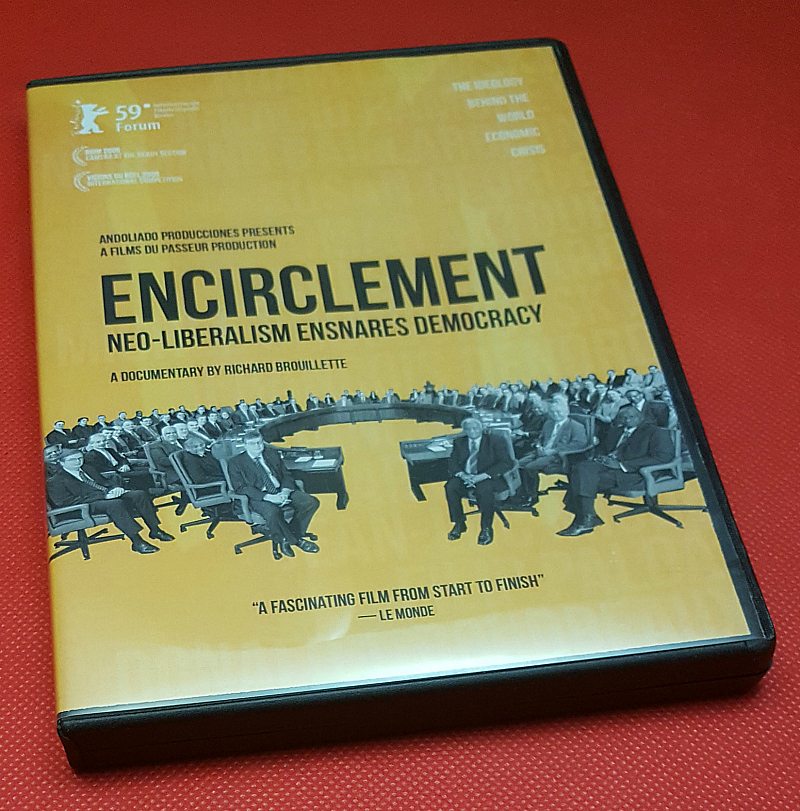