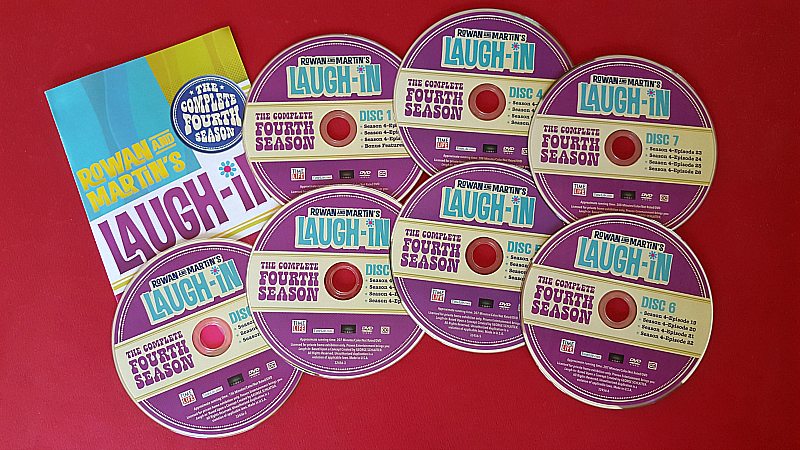 Variety shows were at their peak in the 1960’s and 70’s, and I have lots of memories of watching them with family and friends. Naturally, I was happy to learn that Laugh In Season 4 is now being released as a seven disc DVD set.

The DVD set is perfect for gifting and will provide hours of entertainment. It contains all 26 episodes from the fourth season along with new bonus interviews with Lily Tomlin and Arte Johnson. 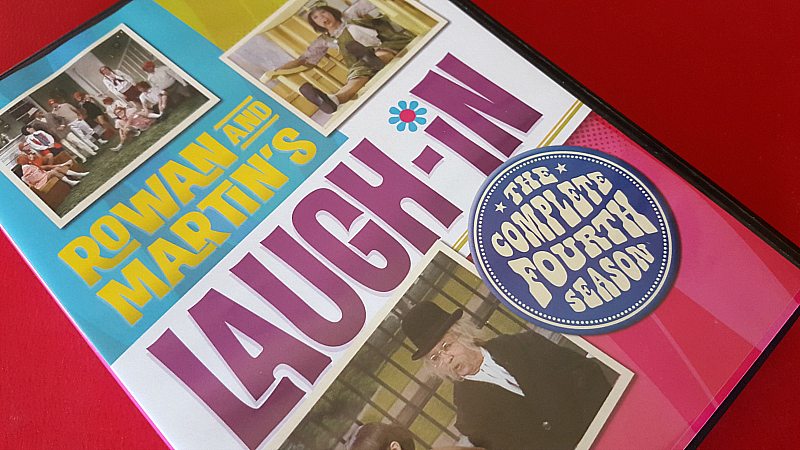 The ’60s gave us “in-crowds,” “be-ins” and “love-ins,” and starting in 1968, the happening place for free-form comedy was ROWAN & MARTIN’S LAUGH-IN, broadcast from beautiful downtown Burbank.
Straight man Dan Rowan and wisecracking co-host Dick Martin led a gaggle of goofballs through a rapid-fire assault of one-liners, skits, bits and non sequiturs that left viewers in hysterics and disbelief.
Anything and anyone in the public eye was a target. Political correctness? Forget it! The groundbreaking, Emmy Award–winning show anchored the Monday 8 p.m. time slot on NBC until March 12, 1973. 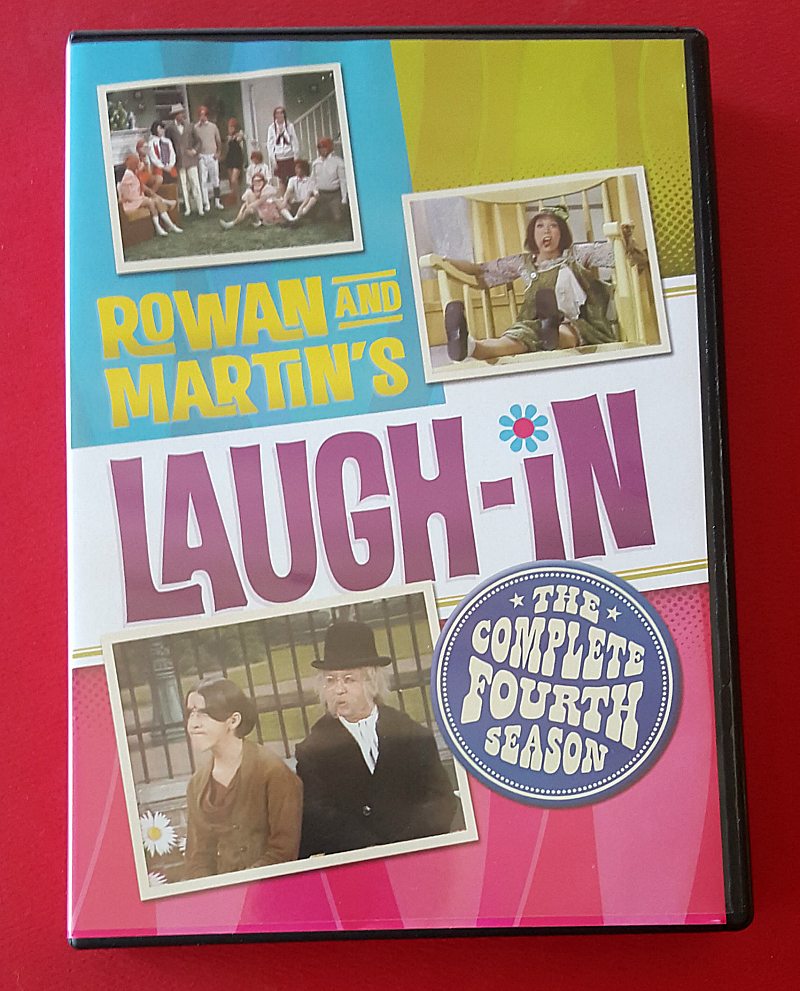