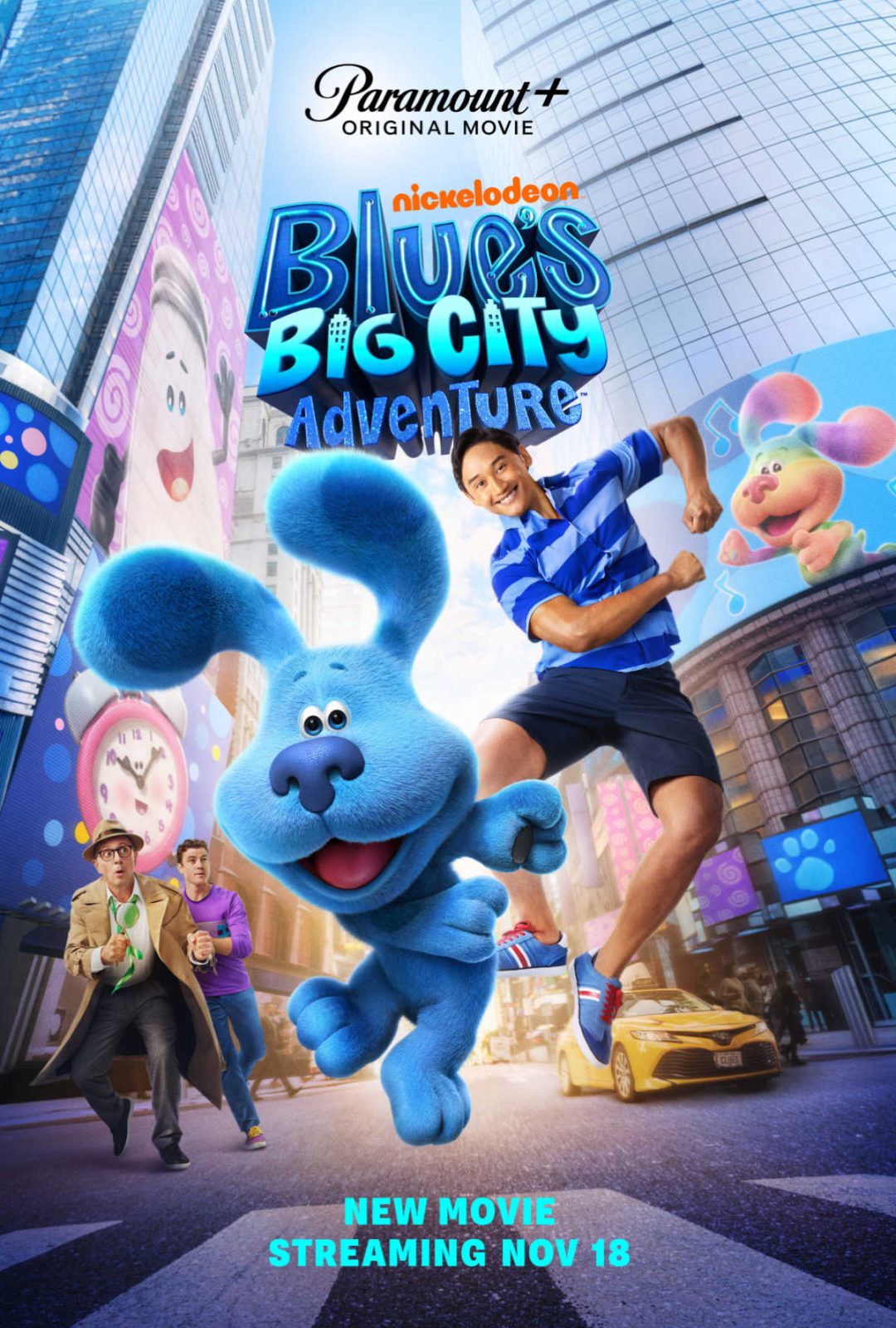 It’s time for a one of a kind Blue’s Big City Adventure, when Blue heads to New York City in the new Paramount+ movie.

Josh and Blue head to New York for a Broadway musical audition, so that means there is lots of fun in store.

It was filmed in NY, so kids and adults will recognize the places and overall feelings that people get when they experience the city.

No need to head to a theater, because this movie makes its Paramount+ debut on November 18th.

Kids will have fun dancing, singing and enjoying this fun filled adventure and they just may be inspired to follow their own dreams!

The Film follows Josh (Josh Dela Cruz), who gets the opportunity of a lifetime to audition for Rainbow Puppy’s (Brianna Bryan) Broadway musical, and Blue (Traci Paige Johnson) as they skidoo to New York City where they meet new friends and discover the magic of music, dance and following one’s dreams.

The entire “Blue’s Clues” crew is reunited for this special movie event, with the beloved animated friends and all three hosts – Josh, Steve (Steve Burns) and Joe (Donovan Patton) – together for the first time in the Big Apple.

Take a look at my  entertainment articles, so you can keep up with the latest TV, movie and book news.