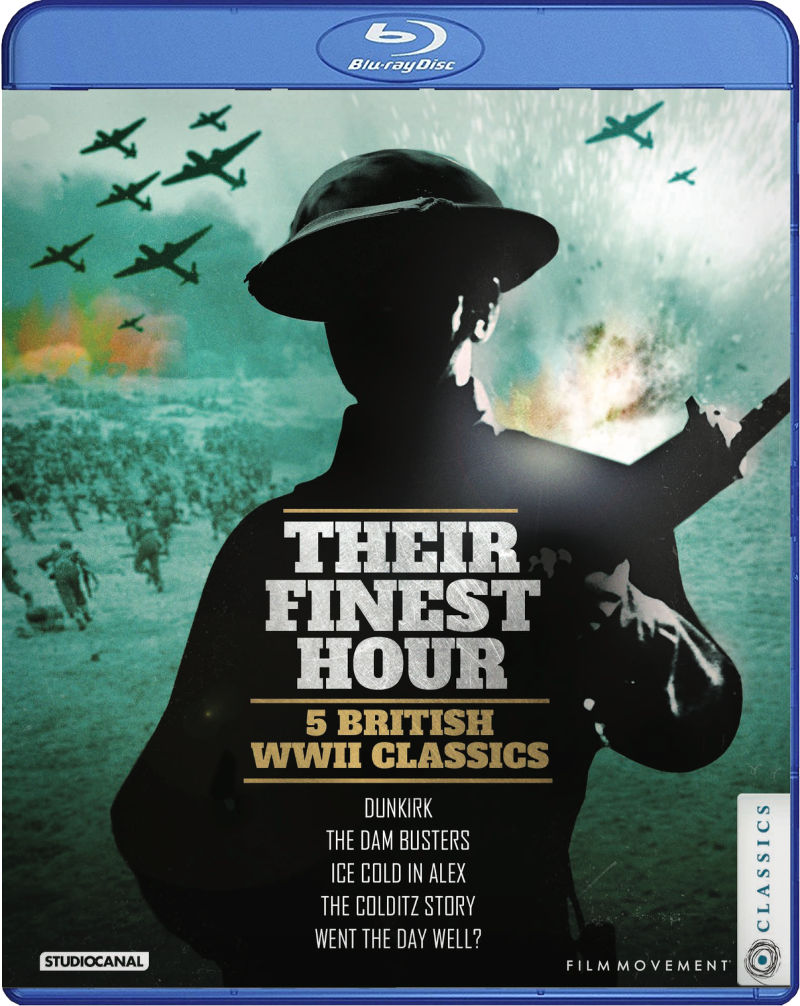 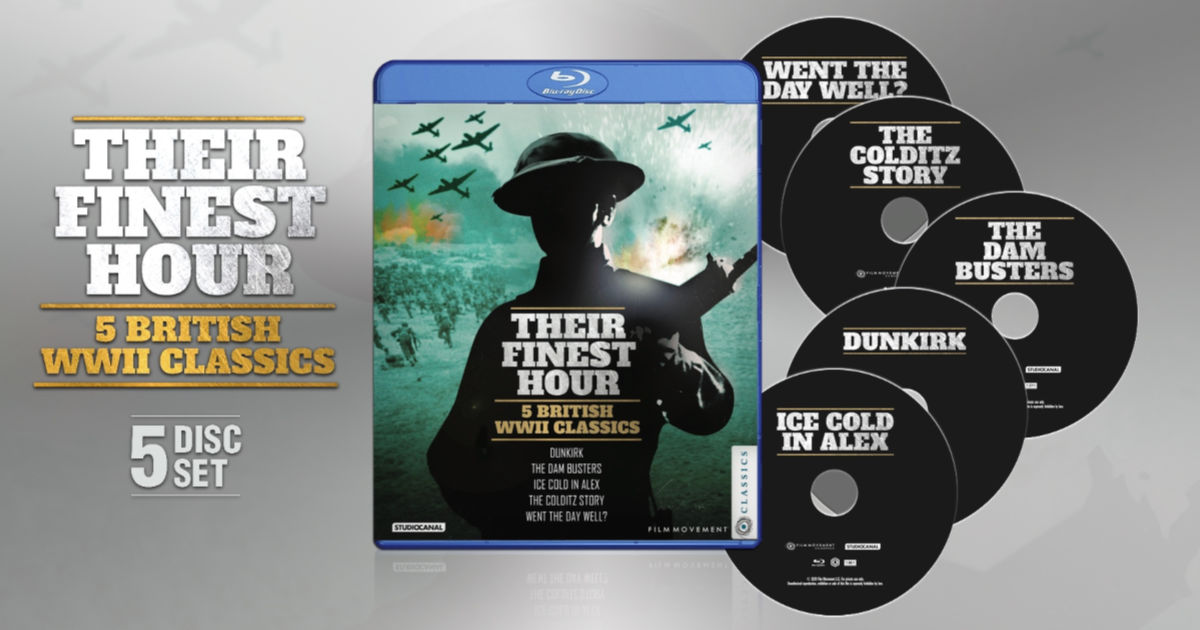 You can take a step back in history, when you watch the British WWII classic movies in Their Finest Hour 5 disc blu-ray collection.

One of the movies was released during the war and the others followed in the 1950’s, while it was still fresh in the minds of the people who experienced it first hand.

This is a wonderful way to refresh your knowledge of history, so you can understand the impact of WWII in new ways.

All five of these movies have been beautifully digitally restored.

(1942, directed by Alberto Cavalcanti)
Based on a story by Graham Greene, this Ealing Studios wartime production tells the story of a quiet English village that has been infiltrated by disguised German soldiers.

(1955, directed by Guy Hamilton)
Nazi Germany believed that no man could escape from Colditz Castle, but a group of Allied prisoners of war were determined to prove them wrong. Starring John Mills.

(1955, directed by Michael Anderson)
Against all odds, an RAF squadron destroys German dams with “bouncing bombs.” Based on true events and the inspiration for Star Wars’ Death Star attack sequence.

(1958, directed by J. Lee Thompson)
Captain Anson (John Mills) of the Royal Army Service Corps dreams of an ice cold beer but first he must lead his medical unit to safety across the perilous North African desert.