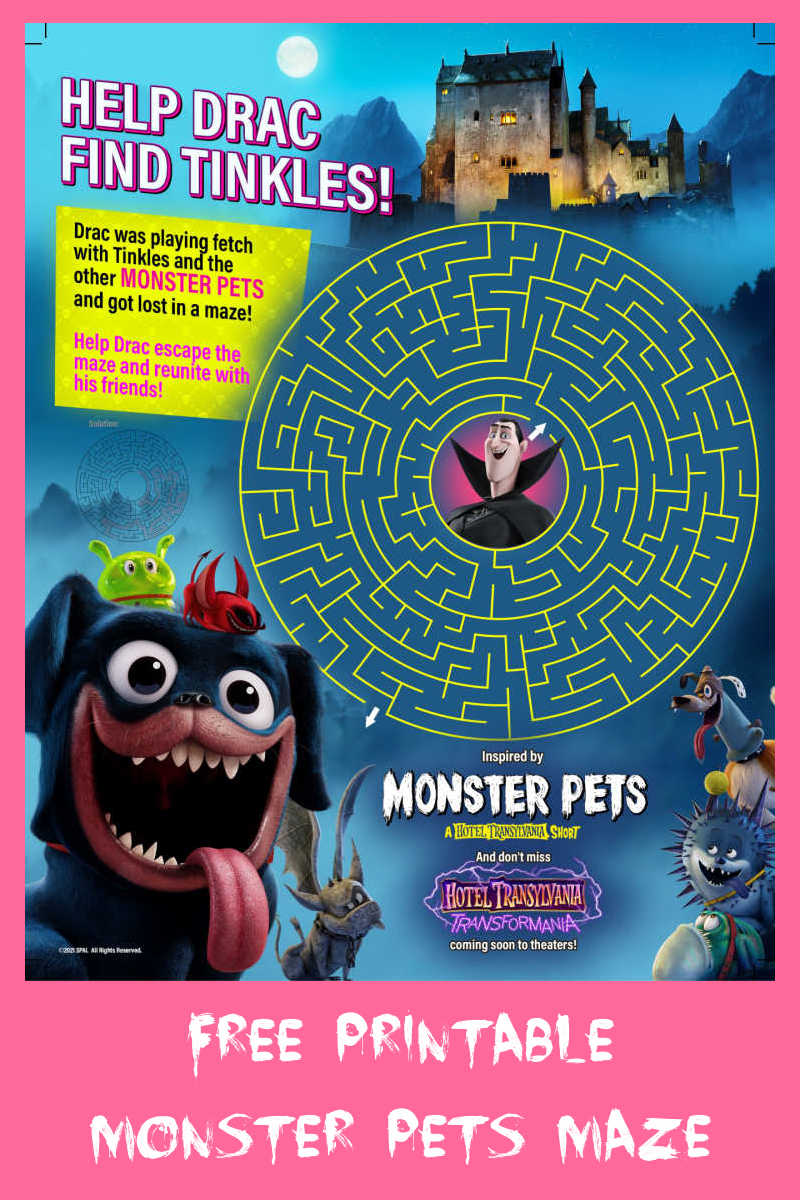 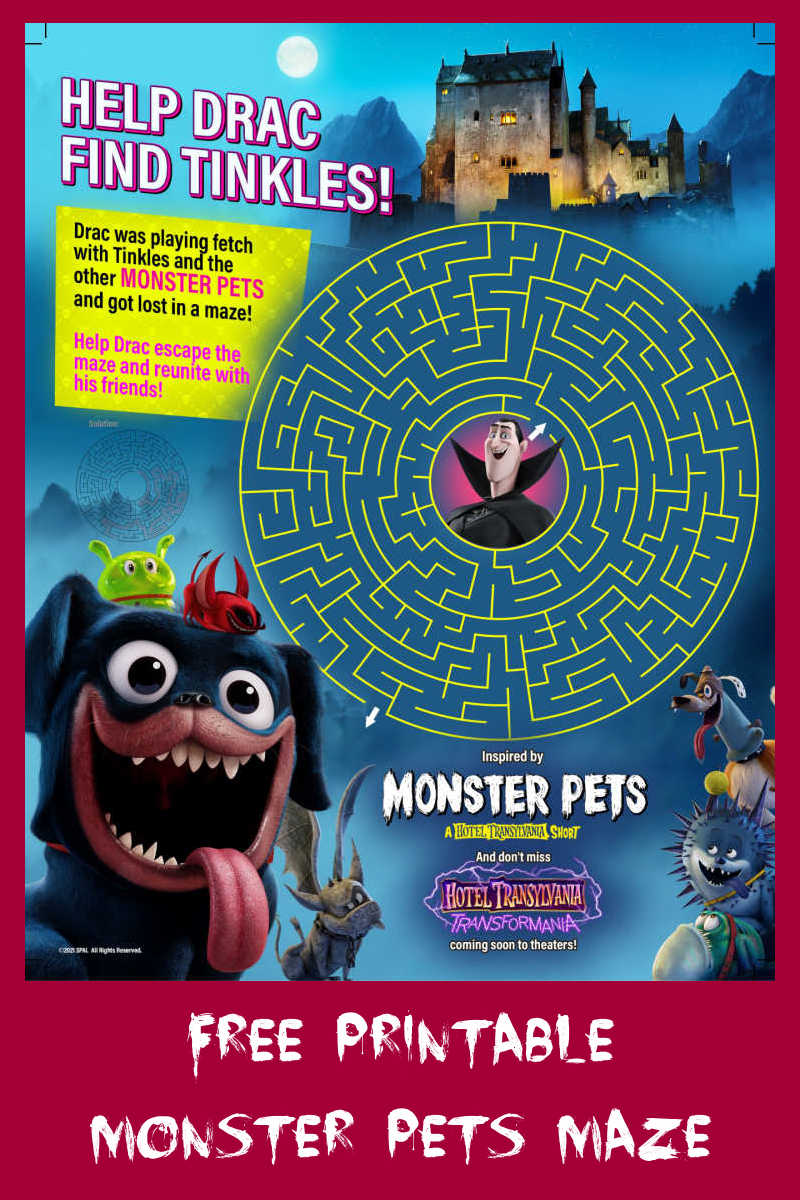 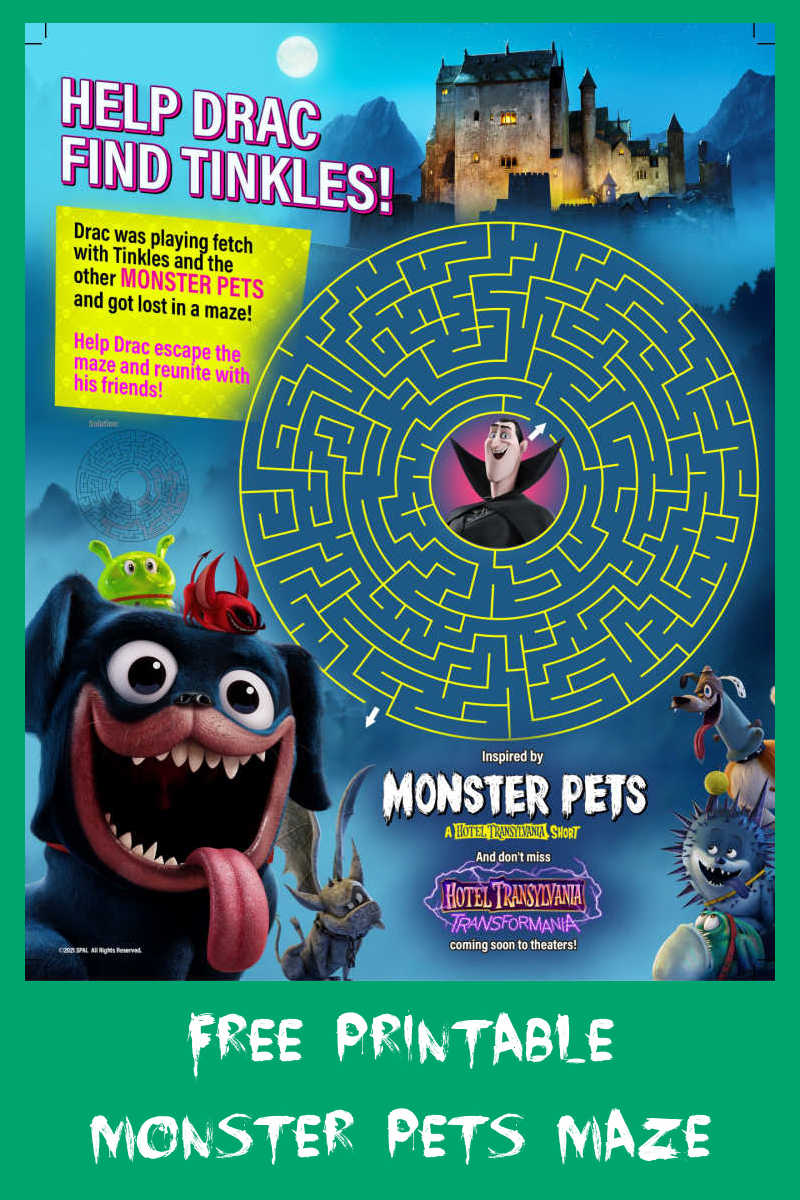 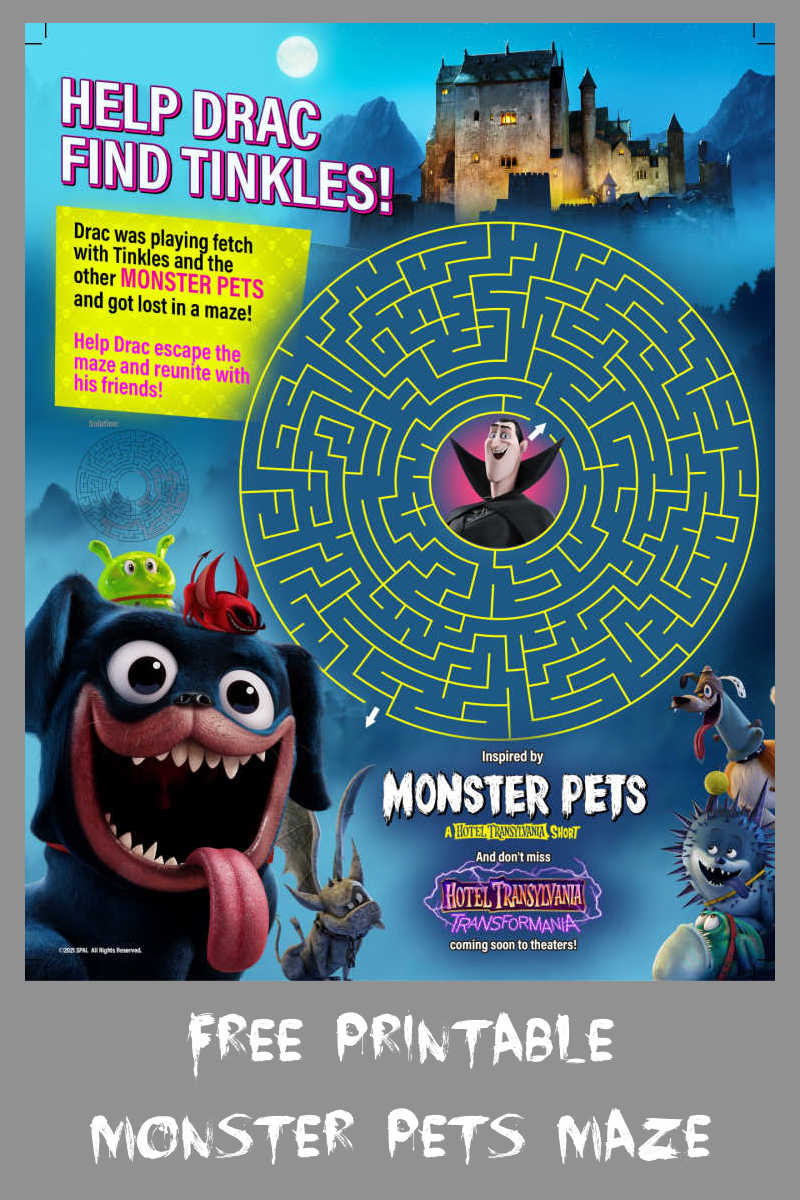 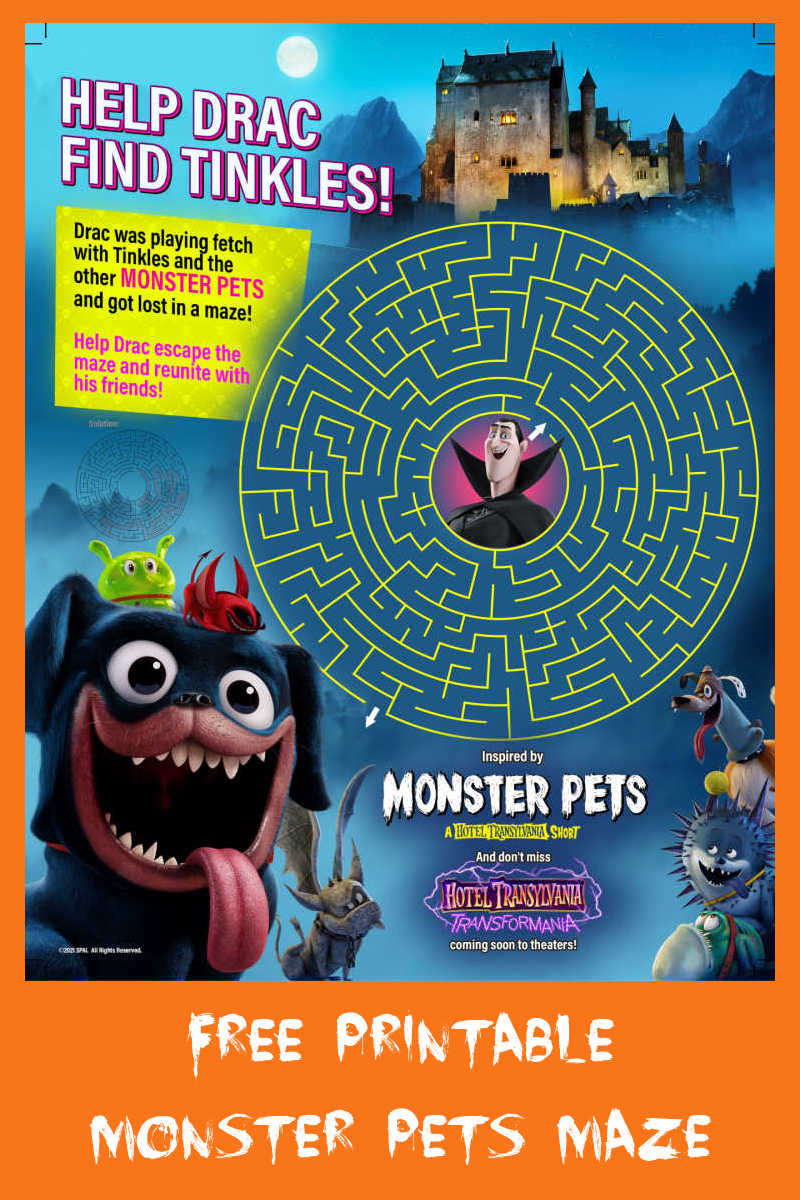 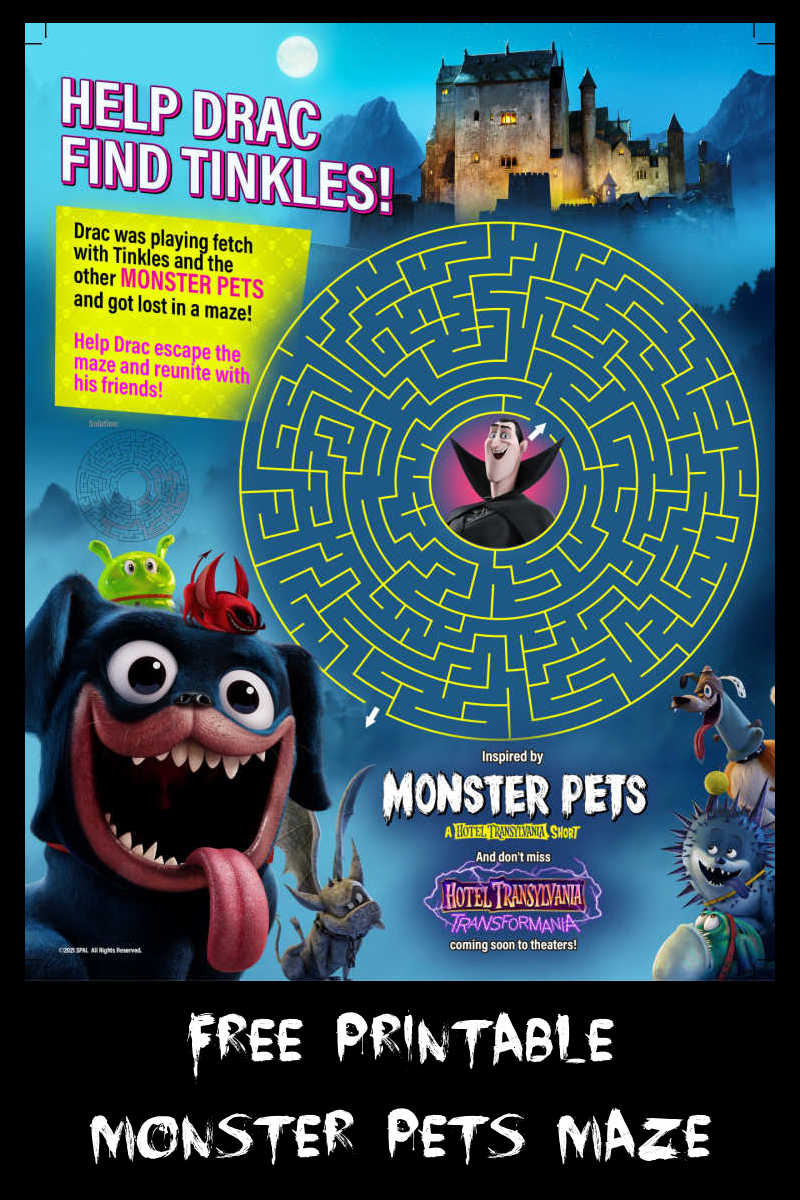 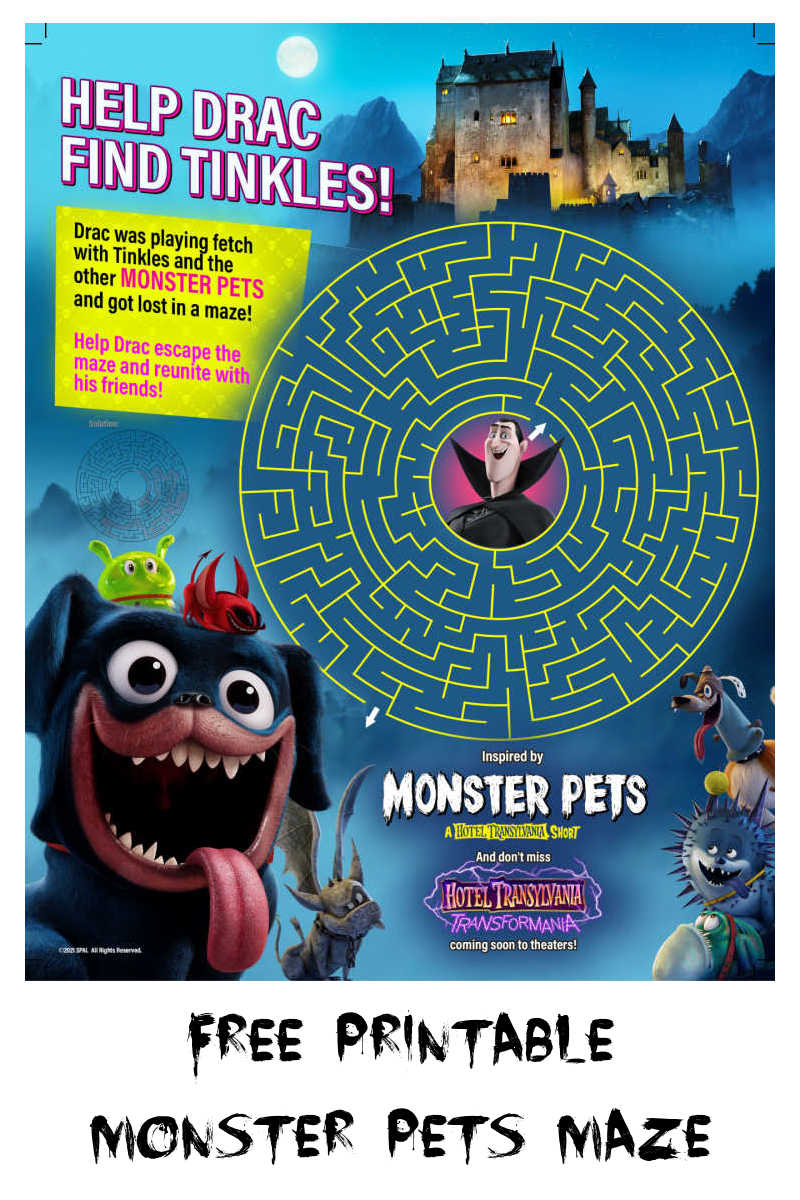 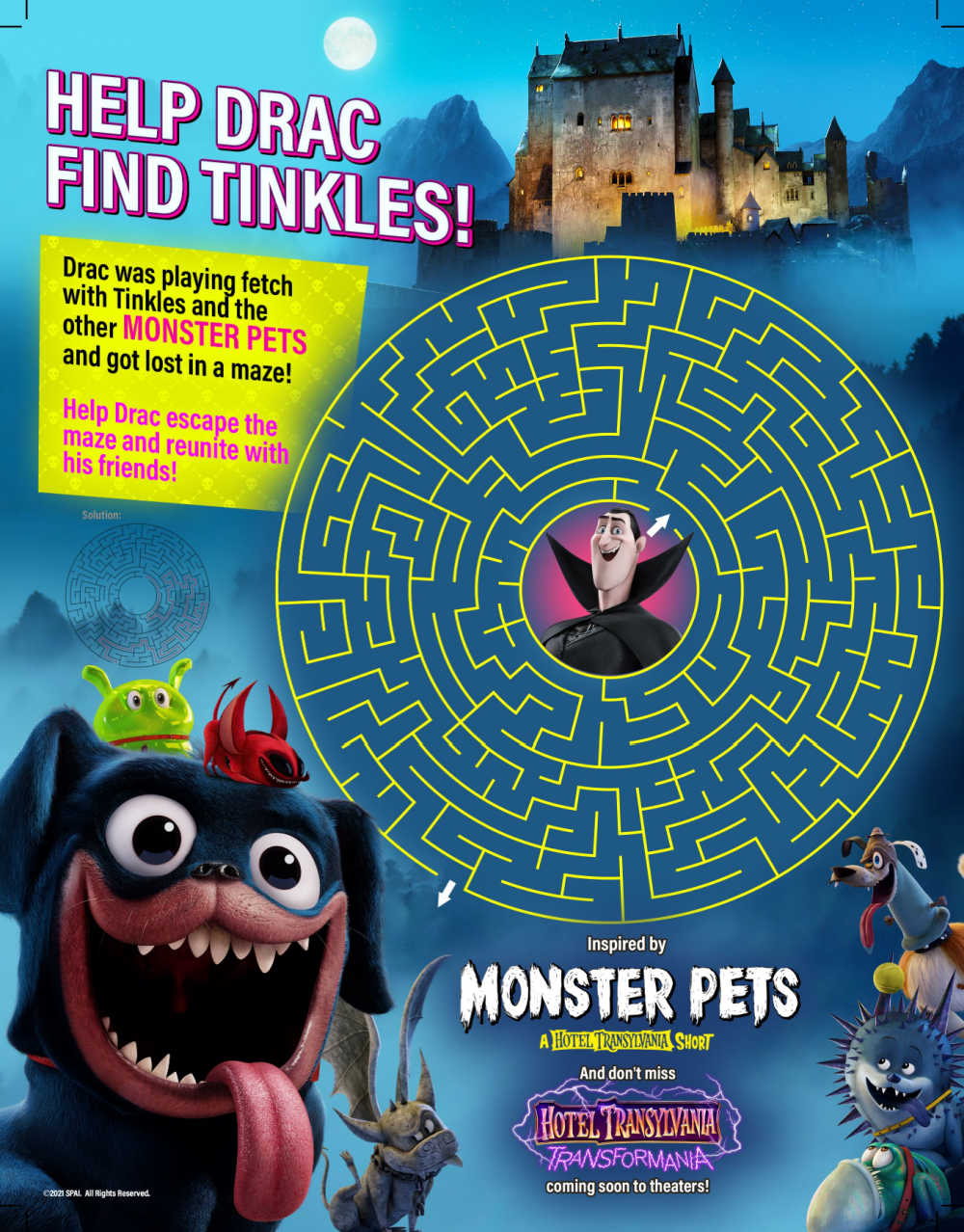 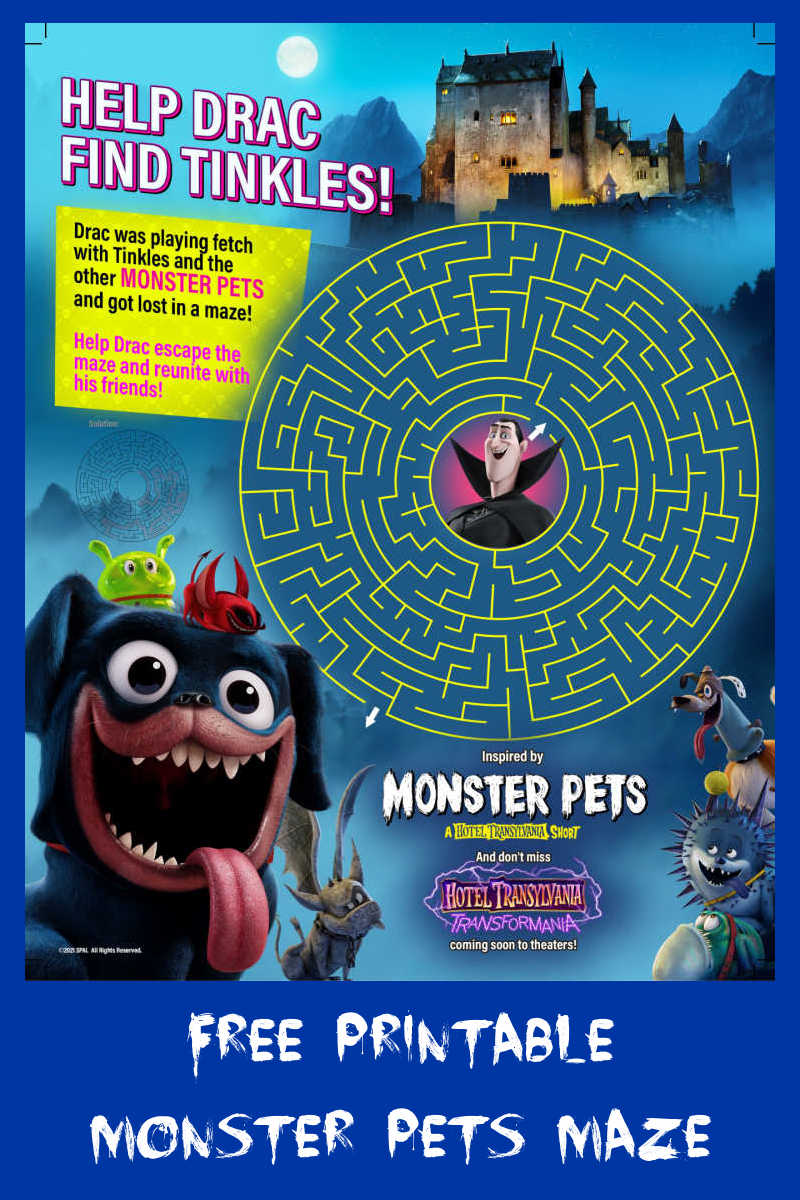 Your child can help Drac find Tinkles, when you download this fun and free Hotel Transylvania Monster Pets maze.

Print the activity page or simply download it to use on your computer, phone or tablet.

Drac was playing fetch with Tinkles and the other Monster Pets, but he got lost in the maze.

Help Drac escape, so he can reunite with his friends.

Monster Pets is a brand new short film that features old favorite Hotel Transylvania characters and some new ones.

Watch the short now and then be sure to catch the new feature film Hotel Transylvania Transformania, when it is released.

Drac’s lovable, monster-sized puppy, Tinkles, has more energy than ever and just wants to play ball!

Unfortunately, Drac is too busy juggling his duties at the hotel, so he is determined to find a monster pet companion for his huge furry friend.

After a series of mismatches, Drac’s plan goes awry when Tinkles chooses a very unlikely companion.

Click HERE to download the free printable Monster Pets maze, so that your child can have a fun challenge with the activity page!

Following are some of my other favorites, but there are many other free Hotel transylvania printables, too. 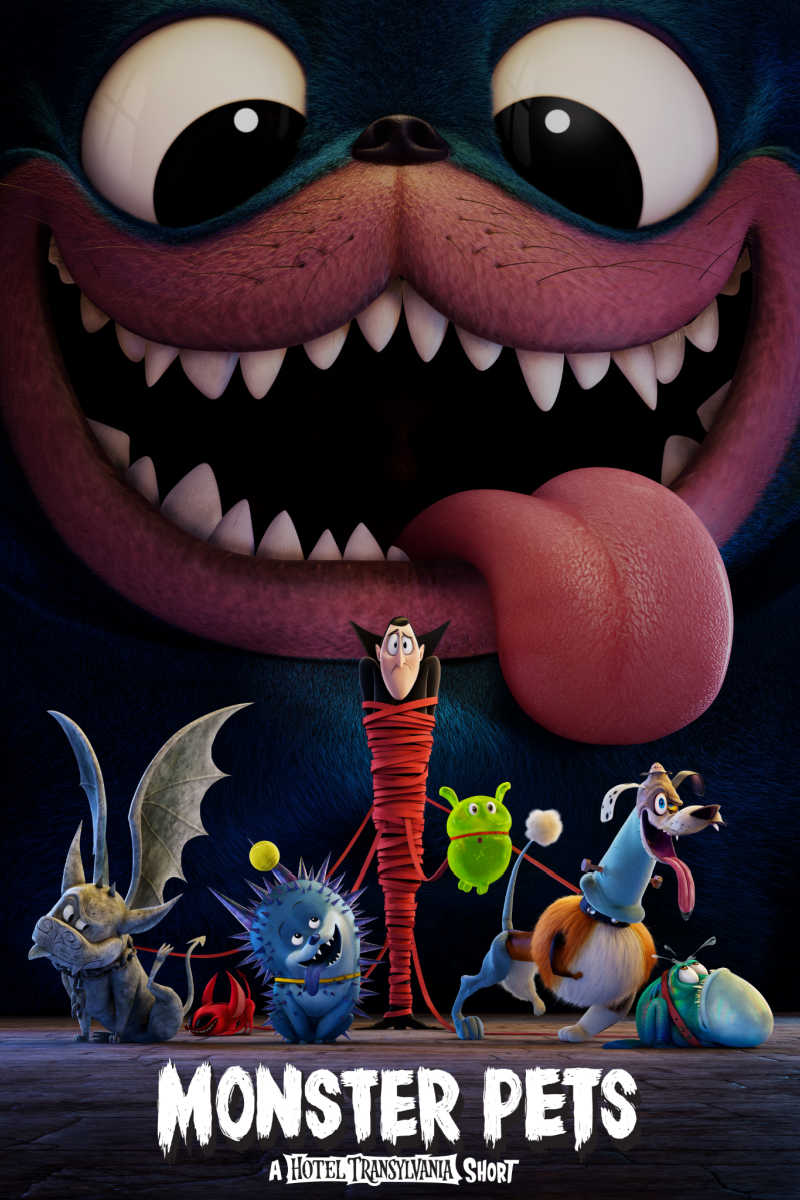